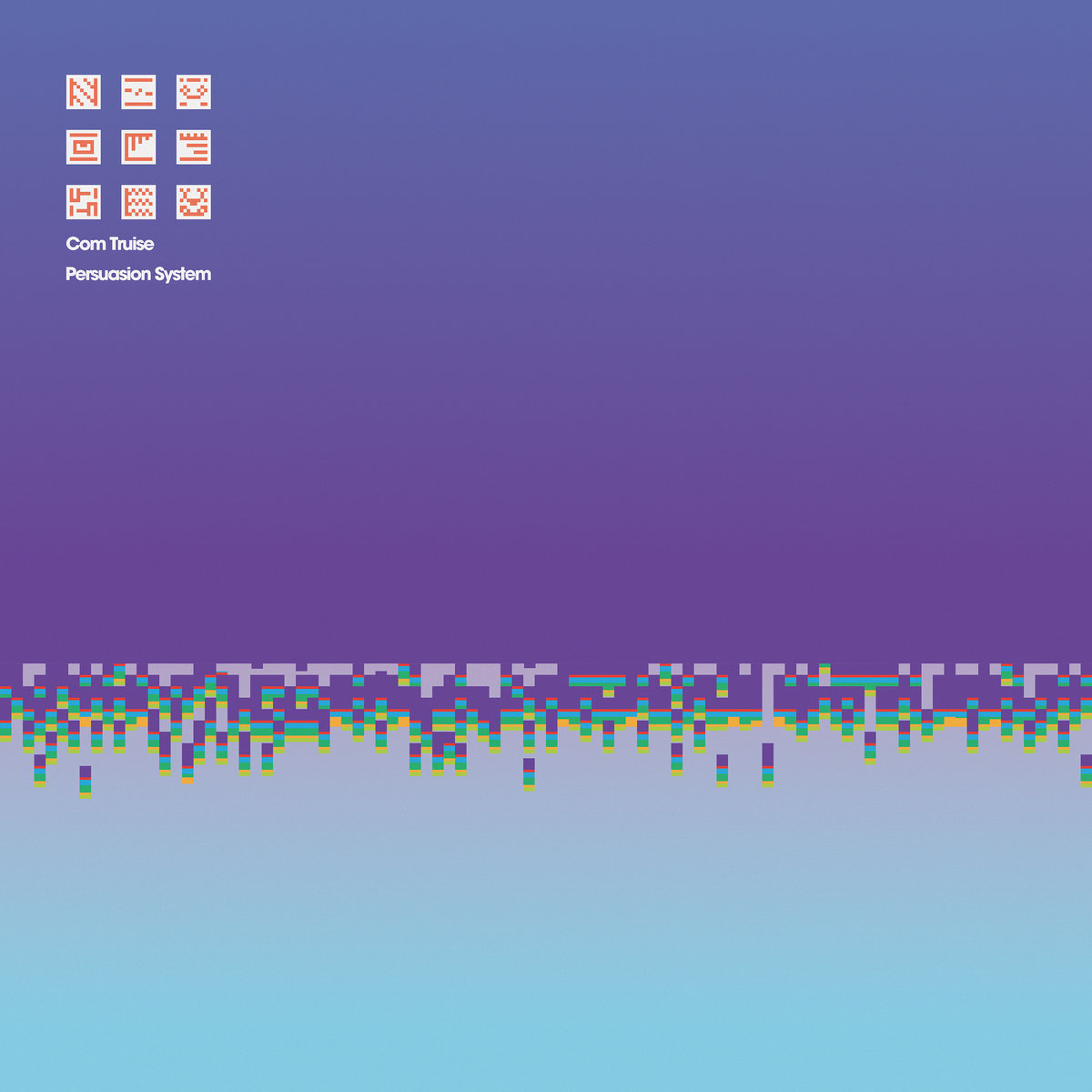 Seth Haley spent his last few years as Com Truise crafting synthwave almost literary in nature, hinting at both intergalactic catastrophe and interspecies love. After spinning this particular yarn across multiple releases, Com Truise gives us a new standalone effort in Persuasion System. To hear Haley tell it, he remade all of his samples and replaced or resequenced his electronic noisemakers for this mini-album in an effort to change his perspective and results. It’s a creative cleansing suggesting Stephen King uprooting himself from deepest, darkest Maine, or a punk band starting over after their van and gear get stolen.

There are definitely some constructs that Com Truise ends up relying on here more than before. Spare bass lines and splashing percussion patterns have long been callbacks to the Minnesota sound for Com Truise, but they feel particularly mix-forward on Persuasion System in the title track and “Ultrafiche of You.” The keyboards also seem darker and atmospheric, and cuts like “Privilege Escalation” find them wobbling and decaying as if launched from a Boards of Canada rig. The sum total of Persuasion System isn’t too far afield from the LPs and EPs that most recently preceded it, but you can see the breadcrumb trails Haley left behind for us to follow.

We can also hear sonic suggestions of a range of discrete situations. Descending chords conjure up the image of a failed rocket launch, while stabs of prepared piano and guitar might stand in for thunder and lightning. And for as limited a palette as Haley chooses to use, Com Truise guides listeners through softly arpeggiated techno, arch synth-funk, and even true EBM minor-key menace among the swirling moans and whiplash handclaps of “Laconism.” Persuasion System feels less like a chapter in a longer narrative—as something like Silicon Tare was—and more like a short anthology of musical sci-fi stories.