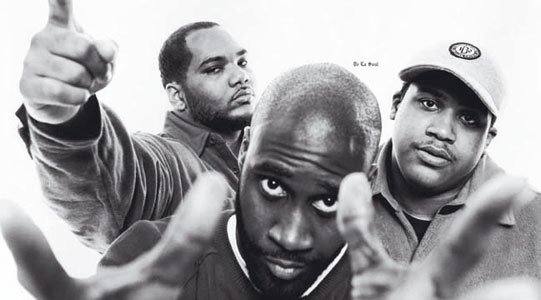 De La Soul are giving their fans something special this Valentine’s Day: all of their albums, entirely for free. As a promotion for the 25th anniversary of their 1989 debut, 3 Feet High and Rising, De La Soul is allowing fans to download all of their albums for free on their website today, for 25 hours, starting from 11 a.m. Eastern and going through noon tomorrow. A few of those hours have already passed, so don’t miss out on this chance to download some free De La. Definitely get the first four if you don’t already have ’em: 3 Feet High and Rising, De La Soul is Dead, Buhloone Mindstate and Stakes Is High.

However, this giveaway goes beyond a mere promotion. For the group, making their music available to listeners is actually a more meaningful gesture, given that sample clearance problems have kept them from being able to release much of their catalog via digital platforms.

In an interview with Rolling Stone, Posdunuos says,  “We’ve been blessed to be in the Library of Congress, but we can’t even have our music on iTunes. We’ve been working very hard to get that solved.”

De La Soul plans to release a new album this year titled You’re Welcome, their first since 2004. They also plan to release a new six-song EP in March, titled Preemium Soul on the Rocks, which will feature production from DJ Premier and Pete Rock.

De La Soul announce new album, and the Anonymous Nobody…

10 Albums that aren’t on Apple music