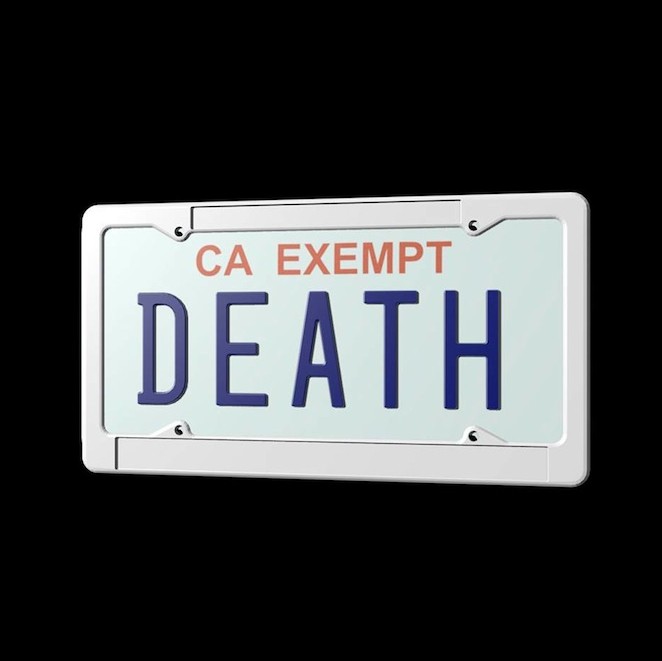 There’s one, very important rule to keep in mind when it comes to electro-hip-hop anarchists Death Grips: Abandon any and all expectations. Sometimes the surprises they deliver are amusingly bizarre (the early-leaked NO LOVE DEEP WEB, complete with dick cover art), obnoxious (not showing up to their Chicago Lollapalooza after-party), or in the case of newly released free album Government Plates, unexpectedly rewarding. In contrast to NO LOVE DEEP WEB or The Money Store, the Sacramento group’s new set isn’t so much a hip-hop album as a strange electro-industrial album in the vein of Alec Empire’s mid-to-late ’90s Digital Hardcore output, with occasional rapping.

Set highlight “Big House” shows off exactly what kind of strange new territory that Death Grips are in, and it’s awesome. In less than two and a half minutes, the song makes a furious journey from intense electronic pulses to a skeletal 808-banging hip-hop track that finds Ride repeating the hook, “And they creeping under my skin,” and eventually delivering two solid verses of characteristically paranoid rhymes, with an occasional appearance by a badass synth bassline. It all fizzles out in a video-game death chime, and I don’t know about you, but my natural instinct is to drop another coin in the machine. I’m not sure if I’ve figured out the rules of this one yet, but I want another go at it.

[from Government Plates, out now; self-released]