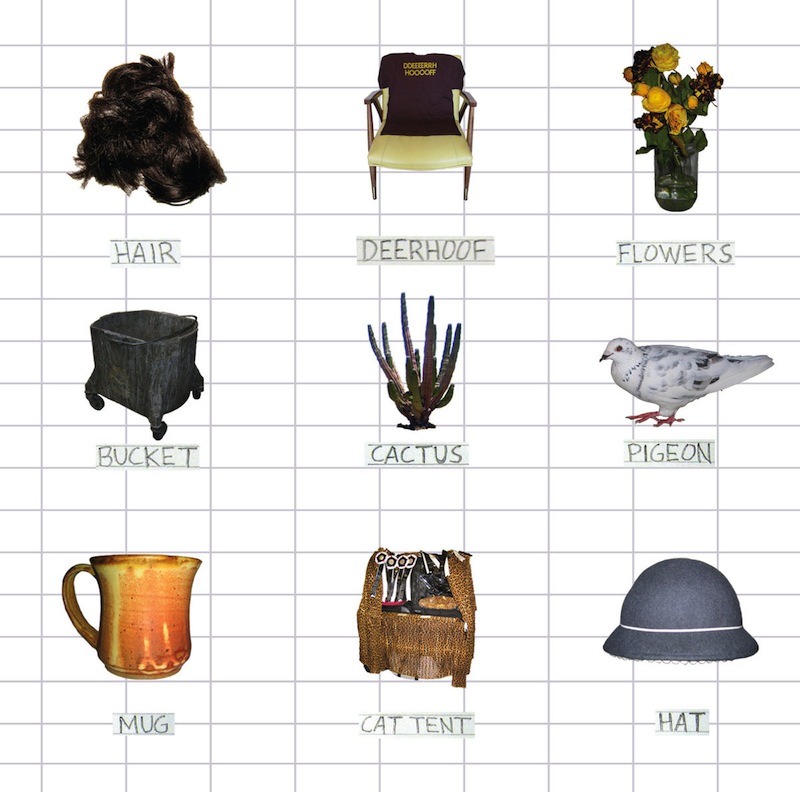 When music gets tedious, the same sounds circulating time and time again to no avail, and even the brightest and most oft-hyped bands start to sound formulaic and stale, there are a few bands that can always be counted on to produce new, adventurous music. They are consistently taking chances, if not always necessarily resulting in the best music of their careers, certainly yielding some of the most interesting. These are the Radioheads and The Wilcos, The Super Furry Animals and The Flaming Lips. These are the Deerhooves; and there are few bands out there that truly expand into the melodic plateaus or sonic abstractions as Deerhoof. From the bombastic Reveille to the subdued Milk Man, to this year’s sonic triumph, The Runners Four, one is hard pressed to find a band as imaginative and as versatile.

Imagination is, without a doubt, one quality that Deerhoof has above all of their peers. Musically, they toe the line between brutally heavy and adorably playful. Satomi Matsuzaki’s lyrics are curious and fun (“O’Malley sing with me or I won’t even sing” or “They were called the Runners Four/always slipping through the back door/when they come ashore” for instance). And it goes without saying that you don’t know what to expect with the band. In this case, anything and everything goes, but with far more emphasis on melody and cohesive songcraft than several of their previous releases. The wild experimentation of Reveille has been toned down a bit, but The Runners Four makes up for it by stretching out over 20 tracks of off-kilter, yet strangely accessible and thoroughly fascinating rock music.

What makes Deerhoof so vital, aside from their willingness to try new and different ideas, is how they play their instruments. For starters, they clearly know how, but do so in a way no artist would attempt, save for maybe a Lee Ranaldo or a Thurston Moore. Guitars punch and squeal, chirp and squeak. Drums pop and snap. Bass grumbles and oozes. And everything seems to blend into one brilliant, kaleidoscopic mélange of wondrous melody.

When Deerhoof wants to be simple, they can. “Chatterboxes” does with little more than a basic, albeit rapid fire, guitar delivery, sans percussion. “Twin Killers” takes on a bluesier sound, one that almost sounds like The Jon Spencer Blues Explosion, fronted by Matsuzaki, of course. “O’Malley, Former Underdog” even sounds a bit like a fuzzed-out outtake from The Village Green Preservation Society. It’s a fun, brilliant little moment on an album of brilliant little moments, though this one in particular is pretty incredible on its own.

When Deerhoof wants to take it up a notch, however, they most certainly don’t shy away from ambitious sounds and textures. “Wrong Time Capsule” may be the band’s greatest rock anthem, with no shortage of awesome classic rock riffs intermixed with odd time signatures and post-punk weirdness. “Spirit Ditties of No Tone” is jazzy and complex and features some of the coolest guitar work on the entire record. It’s also the second longest song on the record, though much of that is buzzing ambience. One of my personal favorites is “Running Thoughts,” a mix of Sun Ra and Sonic Youth that finds a magical ethereality among its abrasive rock overtones. Its only chorus (if that’s what it is), is 8 measures of stunning sound, melting later on into a hazy psychedelic freakout. And fans of the old Deerhoof will be pleased to hear that there are even a few tracks of unrestrained improvisation.

All throughout the course of the record, there are wonderful little moments that catch you by surprise. With repeated listens, this record can seem completely new and exciting; there’s just so much to hear and soak in, it almost seems a tad overwhelming. For all its artiness and unpredictability, it takes very little time for this record to become a favorite. It’s hard to take on so many different ideas and succeed at them, but on The Runners Four, Deerhoof does just that.