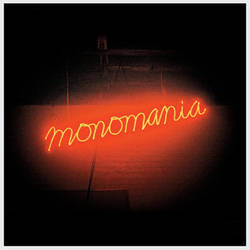 As unlikely as it might have sounded five or six years ago, Deerhunter’s greatest strength is their ability to write impeccable, dreamy and altogether enjoyable pop songs. Yet the Atlanta-based band has taken great care in not putting all of their musical eggs in a melodically accessible basket. They sometimes sandwich them between nebulous ambient diversions (as on Cryptograms), extend them out into noisy psychedelic freak-outs (as on Weird Era Cont.), or utilize subtlety to an exaggerated degree (the quieter moments on Halcyon Digest). So, by that token, Deerhunter’s second greatest strength is misdirection. But some of us know better — no matter how many smokescreens or instances of effects-driven sabotage Deerhunter engage in, they can’t escape their true identity.

This has certainly sunk in with the band’s frontman and central songwriter, Bradford Cox. For as strange as his antics outside of the band’s records are (e.g. playing “My Sharona” for an hour), Cox has come to fully embrace his most direct and melodic impulses, and gave an early indication of this on 2011’s Parallax, his prettiest and most direct album as Atlas Sound. On Monomania, Deerhunter’s fifth album, Cox’s songwriting has reached a level of immediacy that approaches, well, normal. That’s not a slight to Cox, nor a statement about the engagement of the material — his take on straightforward rock music is still plenty tweaked. Songs like “Dream Captain” and “Pensacola,” while basically classic rock at their core, are slopped and smothered in distortion and noise (as a brief press release about the album stated: “Is avant garde (?) — but only in context not in form”). In a sense, Monomania does for ‘70s rock what Psychocandy did with ‘60s pop.

On first listen, it’s almost startling to hear Bradford Cox channel angst into oddly romantic lines like “Dream captain, take me on your ship,” as he does on the simple, albeit note-perfect “Dream Captain.” Even stranger is the Creedence-style ramble-tamble swamp jangle of “Pensacola,” which pushes Deerhunter closer than they’ve ever been to being a bar band. But the amount of fun the band seems to be having is ultimately what sells it. For Cox to croon his way through lines like “This town ain’t give me nothing but bald head and trouble” or “I came from the Delta down to the bay/ I came from the Delta right down through the plains” reveals a down-to-earth troubadour smiling his way through some relatable, unfussed rock ‘n’ roll tunes, rather than a performance artist pulling one over on his audience.

Where 2010’s Halcyon Digest featured two of Lockett Pundt’s best songwriting contributions to the band, “Fountain Stairs” and, especially, “Desire Lines,” Monomania features but one Pundt songwriting credit: “The Missing.” Once again, it’s one of the strongest tunes on the album, a dreamy continuation of the soaring melody of last year’s Lotus Plaza album, Spooky Action at a Distance. Yet it’s also a bit of an odd man out. The closest in tone is “Sleepwalking,” which juxtaposes an upbeat, if melancholy jangle-pop melody against a distorted vocal courtesy of Cox. Yet more frequently, Monomania’s strongest moments are those in which a fairly simple melodic idea is put through a gauntlet of distortion and feedback. “Leather Jacket” is one such moment, a psychedelic noise-rock maelstrom of dub-like vocal echoes and increasingly abrasive riffs, with Cox declaring “I was sick and dangerous/ I am the Queen of Bass.” Yet the real stunner — the showstopper that most of the album leads up to — is the title track. Not quite as noisy as “Leather Jacket,” “Monomania” stomps and pounds its way toward a transcendently oblique bridge (“There is a man/ There is a mystery whore/ And in my dying days/ I can never be sure”). It ends with Cox screeching the song’s title repeatedly over a cycle of stunning riffs, and it’s easily one of the greatest songs the band has ever recorded.

In the relatively subdued closing track, “Punk (La Vie Antérieure)”, Cox sings, “For a month, I was punk.” Obviously, he’s understating; Deerhunter have more or less always been punk, even at their prettiest or most commercial. As Cox recently said in the context of a discussion about Morrissey and the Ramones, “I will always be on Team Joey, and Team Dee Dee,” and Monomania, more than any other Deerhunter album, reflects the spirit of a band like the Ramones. It doesn’t necessarily sound much like the Ramones, but rather reincorporates the same idea — playing simple pop songs louder and faster, and with a unique aesthetic. Deerhunter is punk, just as Deerhunter is pop. Above all, Deerhunter is rock ‘n’ roll.