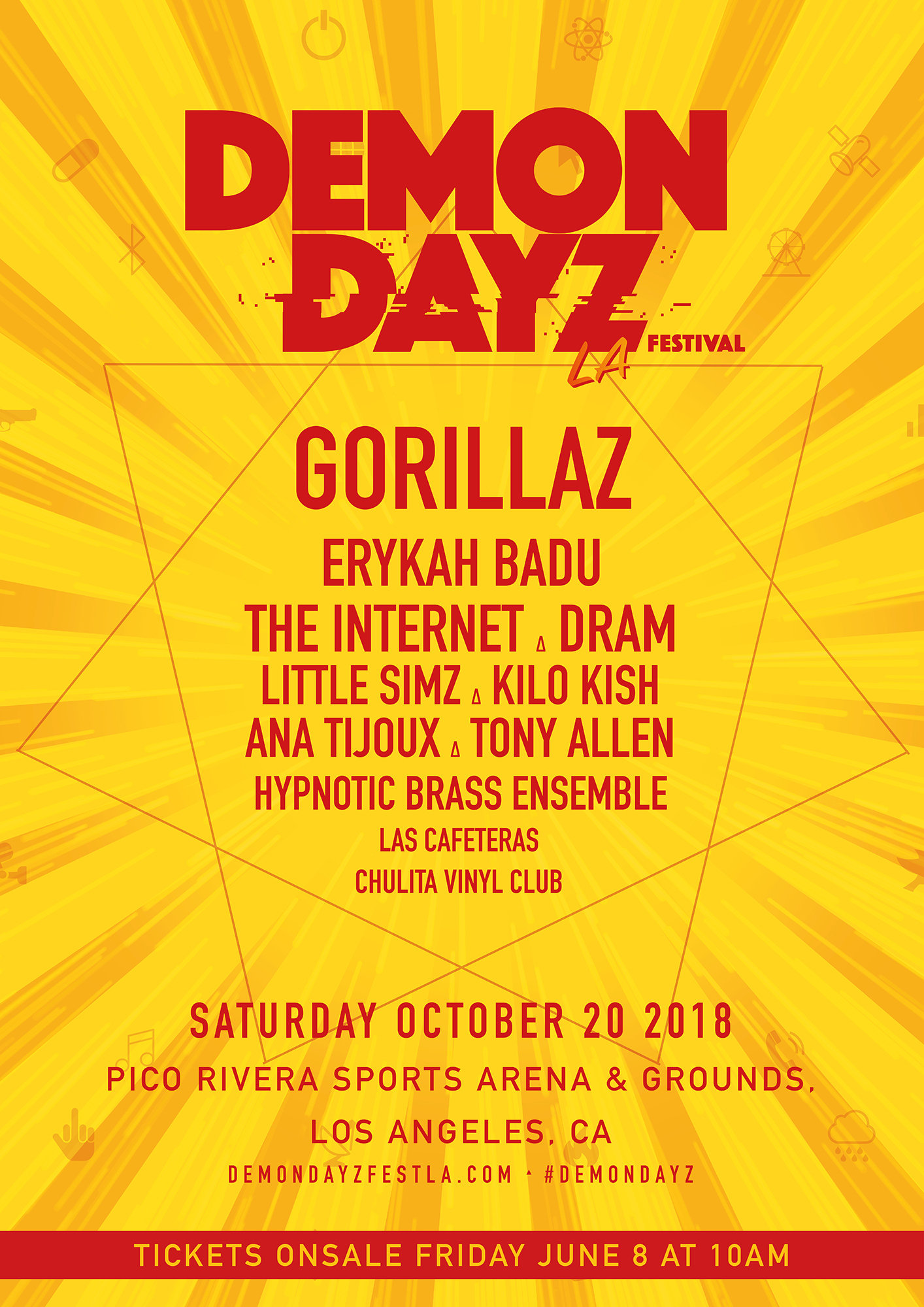 Gorillaz recently announced the upcoming release of their new album The Now Now. And as part of their touring in support for the album this fall, they’re putting on another installment of the Demon Dayz Festival in Los Angeles. It’s the inaugural U.S. edition of their curated festival, and it’s taking place at Pico Rivera Sports Arena and Grounds on Saturday, October 20. The festival is headlined by Gorillaz, while other bands on the Demon Dayz 2018 lineup include Erykah Badu, The Internet, DRAM, Little Simz, Kilo Kish, Ana Tijoux, Hypnotic Brass Ensemble, Tony Allen, Los Cafeteras and Chulita Vinyl Club.

A press release also says the event will include an “assortment of surprises, attractions, exclusive merchandise” and is intended to “create an auditory, visual and physical version of the Gorillaz universe for fans to explore.”

More info and tickets can be found at the festival website.