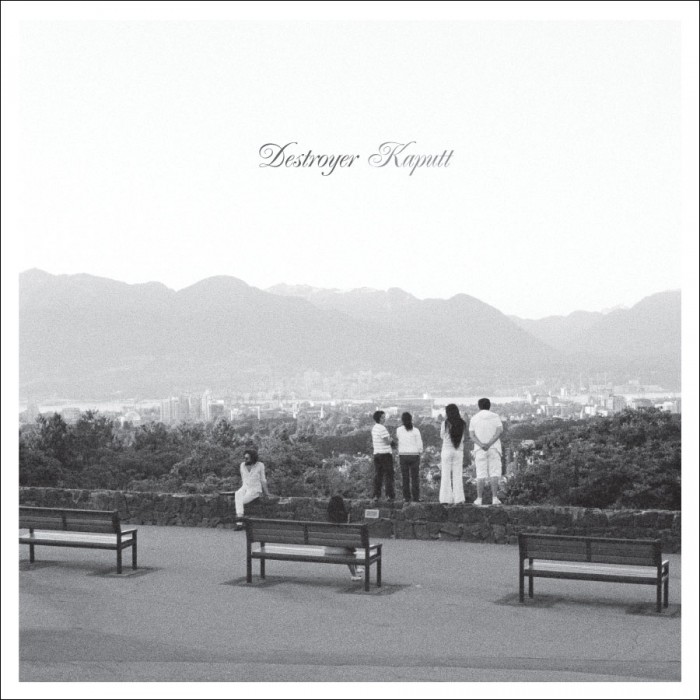 Dan Bejar is in possession of or possessed by a very restless, very creative muse and Kaputt, his latest record, may be the greatest evidence yet of this fact. Trying to guess from one album where Destroyer will end up with the next is an endeavor doomed to failure, and while Bejar’s unique way of stringing together and singing words, phrases, dreams and everyday realities is immediately recognizable, his work remains exciting because the simultaneous propensities toward introspection and ostentation displayed in his lyrics and vocals are fitted into constantly shifting, constantly engaging contexts. Since his last album-length release, 2008’s Trouble in Dreams, Bejar has released just two 12-inch singles for Merge, the ambient, meandering, and fantastic Bay of Pigs in 2010 (the title song of which closes out Kaputt), and the even more amorphous Archer on the Beach, featuring production by Tim Hecker and Loscil, the following year. These two releases show an intensification of Bejar’s previously detectable but only tentatively explored-on Trouble or Your Blues, for example-interest in exploring the textures and atmospheres of analogue synthesizers, guitar feedback, and modes of studio music production less geared toward songs than spaces, senses, and the subliminal.

While Kaputt continues these explorations, it does so with an often markedly different palette and in the service of more traditional pop song structures. Most obviously, Bejar has somehow integrated washes of soft-jazz saxophone into songs indebted to both pacific soft-rock and New Order’s more placid compositions. That band gets name dropped in the opening lines of the quizzically soulful “Blue Eyes” and then strongly evoked in the metronomic beat, spangled synths and guitar lines of the following song, “Savage Night at the Opera.” But like Bejar’s lyrics, which do not so much add up to cohesive narratives as create strings of potent impressions, scenarios and observations, the songs that make up Kaputt do not adhere to an aesthetic or project that can be easily named or defined in terms of other artists. If there is an overriding linkage between the different parts here, it is the coupling of a dreamlike, at times almost (but never quite) cloying construction of mood with the crystalline refractions of Bejar’s shifting lyrical personas.

On the drawn-out “Suicide Song for Kara Walker”—a demo of which first appeared on Walker’s contribution to Merge’s Score! series of curated discs—these two strands come together forcefully. We are given a beyond-kitsch, two-and-a-half-minute introduction that starts of in a sort of overtly new-agey backwash that picks up force with each new embellishment of instrumentation before finally becoming a song obliquely delivered to its title subject. It peaks with Bejar’s softly crooned claim that, “A kind of figure of feminine grace and wit passes for love these days / All that slender-wristed, white, translucent business passes for love these days /Mush-head genius passes for love these days.” The lines, like a lot of other lines on this record, signal Bejar’s discontent, and the way that he has couched a network of critical observations about the current state of human affairs as he perceives them in these vaporous, cannily sentimental sound worlds is what makes this record strange and strangely addictive listening-something outside already inscribed possibilities.

Kaputt is a wild combination heard in soft-focus, through softly obscured lenses. Even its most punchy, accessible tunes –probably “Chinatown” and “Kaputt” — feel as if they have been composed on drowsily toppling waves, and conversely give one the sense of being in some sub-aquatic state of suspension between surfaces. And while the liquid sounds that compose Kaputt are quite different than those that filled out Caribou’s dance-music-centric Swim, there is a similar enticement toward the pleasures of in-between states, of things that are only themselves in their slow decomposition and metamorphosis into other things. But for Destroyer, this is as true of lyrical ideas and images as it is of the music that surrounds and acts on them, and his alchemy of language and sound here has the capacity not just to draw the listener in, but to spit her out on the other side, after his own bay of pigs, more alert, alarmed and available to life. 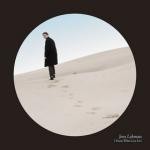 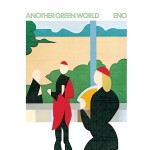