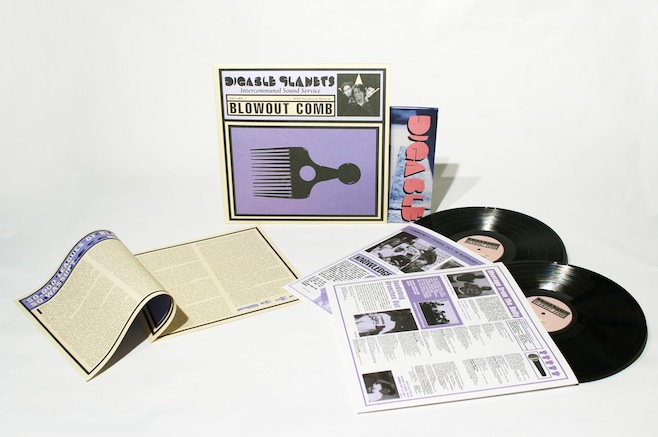 Digable Planets’ 1994 album Blowout Comb is a hip-hop classic, and next year it hits the 20-year-anniversary milestone. But before that happens, Light in the Attic imprint Modern Classics will reissue the album on vinyl.

The Planets — Ishmael “Butterfly” Butler (now of Shabazz Palaces), Craig “Doodlebug” Irving and Mary Ann “Ladybug Mecca” Vieira — also featured contributions from Gang Starr’s Guru and Jeru the Damaja on the original album. The reissue, which is due May 28, will include liner notes by Seattle journalist and DJ Larry Mizell Jr.

Check out the tracklist below and the deluxe packaging above.