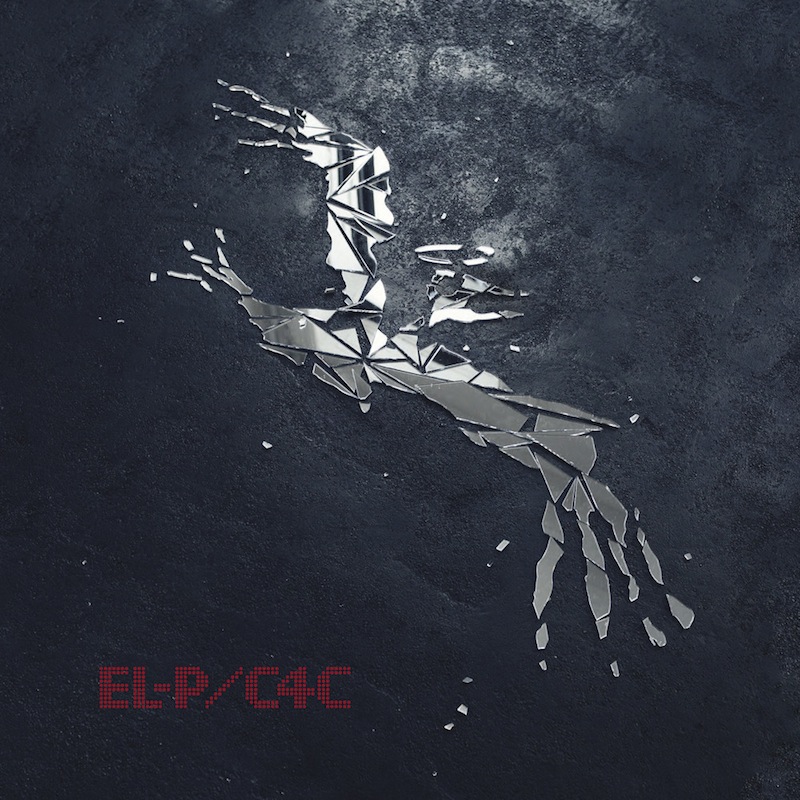 In a headlining slot at a Definitive Jux showcase at SXSW in 2008, El-P asked a chill, weeded out audience, “Does everyone want to hear some happy music?” With a menacing smirk, he quickly followed up by adding, “Well, we don’t got any of that.” Anyone that’s been paying attention would know, by now, that he never really did. Since Funcrusher Plus, his debut with underground rap icons Company Flow, El-P has specialized in a particularly dark and apocalyptic strain of hip-hop, satirical, biting, unapologetically blunt and always reinforced with self-made landmine beats that turn any room to dystopia. In reliable five-year intervals, the rapper/producer/Def Jux label head has built a pattern of growing ever more cacophonous and confrontational with each release. He dropped politically motivated screeds, free association throwdowns and wicked satire on 2002’s Fantastic Damage, and blended sci-fi narratives, “Twin Peaks” samples and a bottomless well of cynicism on 2007’s I’ll Sleep When You’re Dead. And in the space between, he lent a long list of like-minded emcees the gift of his twisted, stunning production talents.

Another five years down the line, and El-P is back with another venom-tongued, sonically destructive album, but one with even more spite and fury behind its acidic approach. In the past five years, El-P saw his friend and Def Jux labelmate Camu Tao die of cancer at 30, and a few years later, El, nee Jaime Meline, reached the decision to close up shop at Def Jux after nearly a decade in operation. In the process, however, the tragic and topsy-turvy events that led up to the creation of third album Cancer 4 Cure are what turned it into something so defiant and angrily motivational. As Meline told Pitchfork in March, “This is a fight record.” And there’s a lot of fight in him this round.

For an album fit for visceral, verbal pugilism, Cancer 4 Cure starts off with a surprising amount of tension before El-P even steps in the ring. A solid three minutes of “Firestarter” beats clatter and shuffle after the opening dialog sample in “Request Denied” without word one from El. Yet in that third minute, he not only arrives, he’s hungry and ready to spar, unleashing rapid fire “oh shit!” one-liners like “I’m a `holy fuck’ what-did-he-just-utter marksman” in quick succession, leaving no leeway or clemency for any opponent that steps in his path. If he initially might have seemed like he was holding back, it all comes flooding out at the end of that first track and only escalates from there, every blow landing like a sack full of bricks.

It’s not much of a stretch to say that all of El-P’s albums are “fight records,” really, and Cancer 4 Cure is mostly a continuation of a theme. But for as aggressive and fierce as he comes on this new 12-track outing, he sounds like he’s having fun having a go at it. Maybe it’s misanthropy, maybe schadenfreude, but Cancer 4 Cure comes down like 12 knuckle sandwiches delivered with a smile. The booming single “The Full Retard” is one of El-P’s most brilliantly belligerent party jams, stacked with woozy loops, a promise to be “playing taps on a keytar,” and some fairly straightforward bodily threats (“Oi, oi! I’ve come to kick the shit out your groin, boy! Oy vey!“). Some delightfully eerie piano plinks underscore El verbally dancing on wreckage (“This is all we have left bitch, sing a song“). Danny Brown and Mr. Muthafuckin’ eXquire lend their own golden verses to “Oh Hail No,” and Killer Mike and Despot do likewise on the excellent “Tougher Colder Killer.” And after an intro boasting an awesome hyper-processed solo, “For My Upstairs Neighbor,” El-P’s interrogation narration reaches a boiling point with the viciously tuneful chorus, “If you kill him, I won’t tell.”

El-P undoubtedly sounds pissed on Cancer 4 Cure, but anger is often great fuel, and so it is here. None of his albums to date have been less than awesome, and in its dukes-up, middle-fingers extended stance, this latest effort carries on that tradition, if not ups the ante. Though Jaime Meline might have an asterisk next to label-owner right now, his lyrical and production skills only seem to grow sharper with time, this time around resulting in back-to-back mind blowers. The kid’s got some fight in him yet.