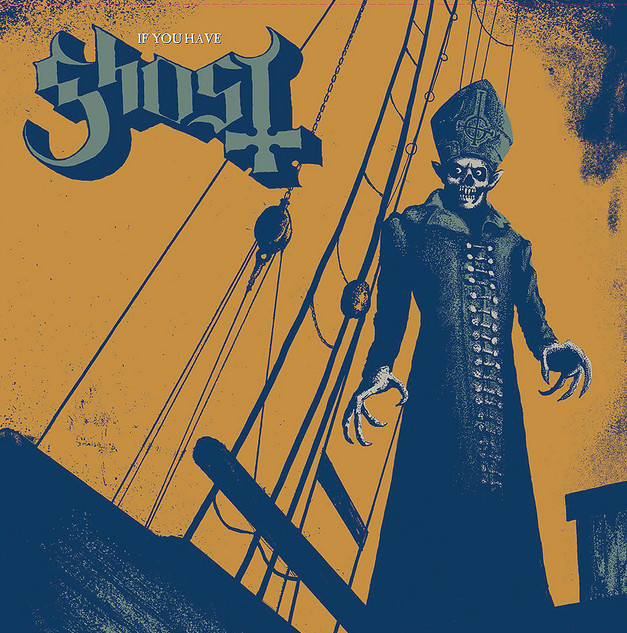 Dave Grohl is generally pretty on the money when it comes to the bands he endorses — The Bronx, Fucked Up and Kvelertak being some of the more recent to get the Grohl stamp of approval. But the Foo Fighters frontman has gotten more publicity mileage out of his admiration for Swedish occult rockers Ghost B.C. An April Fool’s joke once circulated that he was one of the masked ghouls, and it turns out he did, actually, perform with them in their choice of hooded robes. But now, Grohl has an even bigger role in working with the band.

Following the release of this year’s INFESTISSUMAM, Ghost B.C. will release a new EP, titled If You Have Ghost, which was produced by Grohl. The EP contains mostly covers, and its artwork, much like the homages to Salem’s Lot and Amadeus before, is a play on F.W. Murnau’s Nosferatu. Check out the tracklist below, as well as a cover of Roky Erickson’s “If You Have Ghosts.” The EP is out Nov. 19.

1. If You Have Ghosts (Roky Erickson)
2. I Am A Marionette (ABBA)
3. Crucified (Army Of Lovers)
4. Waiting For The Night (Depeche Mode)
5. Secular Haze (Recorded Live At Music Hall of Williamsburg, Brooklyn)