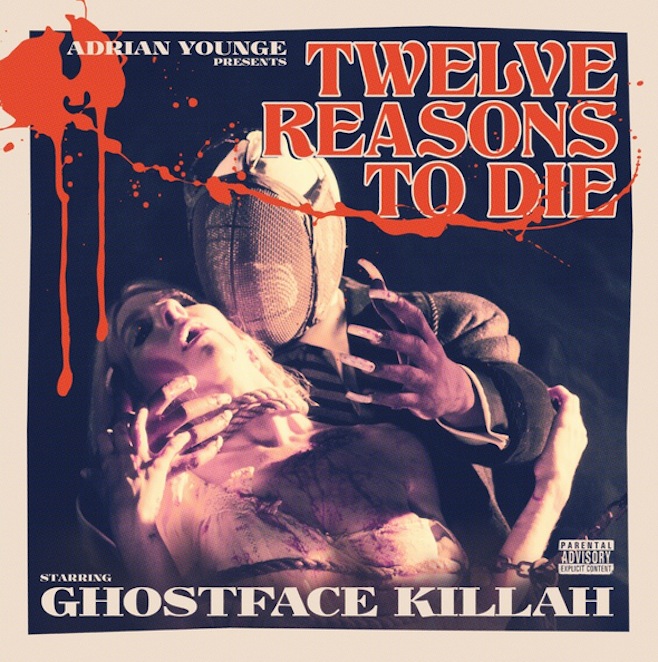 Ghostface Killah announced earlier this year that he would be releasing a new album titled Twelve Reasons to Die, via Soul Temple, the label run by Ghostface’s collaborator in Wu-Tang Clan, RZA. The album now has a release date – April 16 – and the first single from the album, “Rise of the Ghostface Killah,” is available as a free download.

Twelve Reasons to Die is a collaborative album with producer Adrian Younge, and is a “crime/horror concept album,” according to a press release. It will be accompanied by a six-issue comic book series which will eventually be collected into a graphic novel. The album will be released on CD, vinyl and cassette.

In related news, Ghostface says the DOOMSTARKS album, in collaboration with MF DOOM (which we’ve been hearing about for about five years), is finally getting “off the fuckin’ floor.”