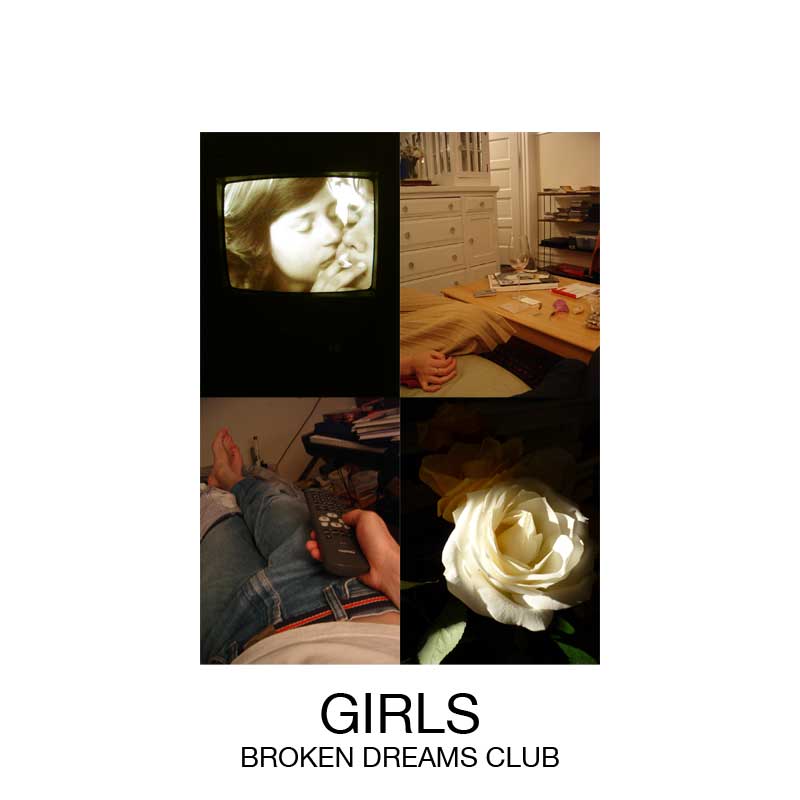 It’s always refreshing and even a little uplifting when a deserving young band finds success and then shows they are sincerely grateful for it. Girls’ frontman Christopher Owens has made his appreciation known in interviews and most recently, in press material for their latest release Broken Dreams Club. In a handwritten letter, Owens sincerely expresses gratitude to everyone who has supported them since the release of their debut album, Album. He also states that this EP is both a thank-you to those who have supported the duo and a look at things to come in terms of the future of Girls. That future apparently involves a lot more frills.

On first listen, it was a little strange to hear Girls in hi-fi, but it shouldn’t come as a shock to anyone who has followed their story. Owens has made no bones about the fact that the limited production on Album had more to do with a lack of funds than an artistic decision. It was clear his ambitions would take them to bigger studios. True, some of the rough edges that made their debut so engaging have been smoothed out, but their undeniable pop smarts are still very much intact. Not only that, but their enlarged budget has allowed them to expand and fine-tune the arrangements, which are impeccable. Despite all of the elaborations, nothing is used in excess. Take “Substance”: the attention to detail is immaculate; the use of organ is sparing and in just the right places, as is a tremolo-affected guitar. On “Carolina,” a steel guitar gives the verses a gorgeous shine, but gives way to some fuzzed out tones later in the song. The track is certainly a highlight; Girls really stretch out, producing a spacey epic spanning nearly eight minutes.

Not only is the sound of Broken Dreams Club crisper, but many of the embellishments here would have been out of place on Album. The horns and organ on opener “Oh So Protective One” shimmer. As a result, the desperate air of their debut has been replaced with a vivacious sparkle. That’s not to say the themes of Girls’ songs have really changed— heartbreak and broken relationships still build the foundations of the songs. On the title track for instance, Owens agonizes over a having a heavy heart in a world that’s going nowhere. It’s familiar territory, to be sure, but Owens can still coax new life out of old subject matter.

Although Broken Dreams Club is technically an EP, at just over 30 minutes, it should be noted that its duration exceeds that of recent full-lengths by Male Bonding and the Dum Dum Girls. In other words, this release is anything but slight. BDC is six fully fleshed-out, superbly-crafted songs. It’s an exciting new period for Girls and the band seems as thrilled as anyone about their new prospects. If Broken Dreams Club is any indication, the future looks bright.