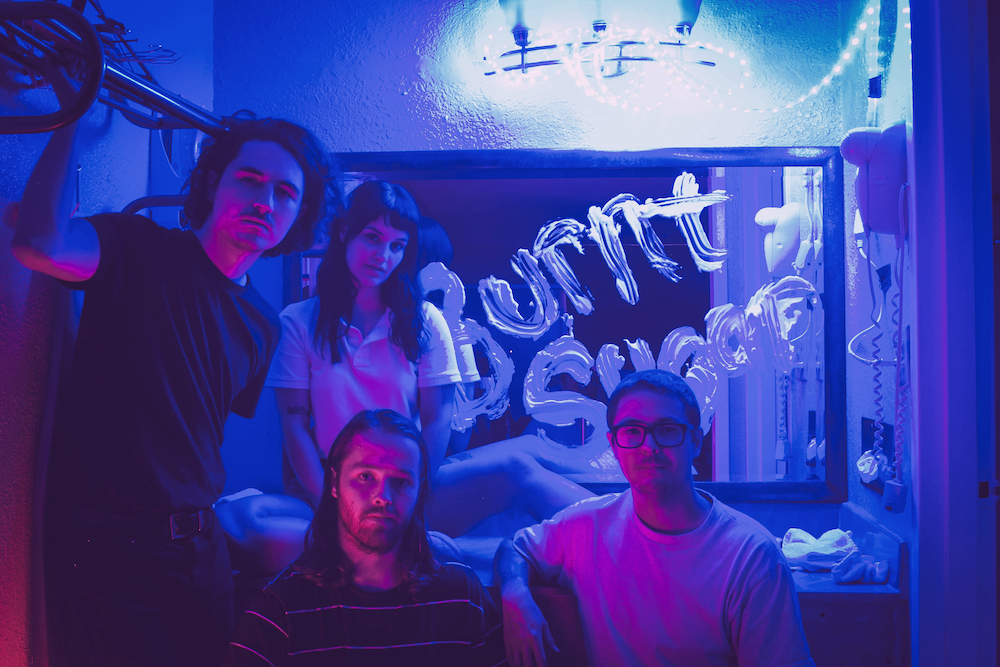 Hardcore punk has come a long way after nearly 40 years. The visceral impact of a straightforward jolt of vein-popping, teeth-clenching, spittle-flecked punk rock hasn’t softened in that time, but there’s a lot more ingenuity in how that gut-punch is implemented. Florida’s Gouge Away aren’t a band likely to rest on the tired tropes of old-school hardcore, and their new single “Ghost” is a push farther away from any such expectations. The post-hardcore and noise-rock abstraction of bands such as Unwound and The Jesus Lizard are part of their DNA, and “Ghost” displays an even more direct display of hooks amid their bruising basslines and dissonant guitars. “Ghost” is remarkably catchy, but the seethingly abrasive vocals of Christina Michelle cut right through their mesmerizing melodies with raw, emotional intensity. The song could convincingly sneak its way into more of a mainstream mix, but Michelle’s powerful screams are there to remind us that this is indeed a hardcore band—one whose methods and aesthetics serve to redefine what that means.

From Burnt Sugar, out September 28 via Deathwish Inc.