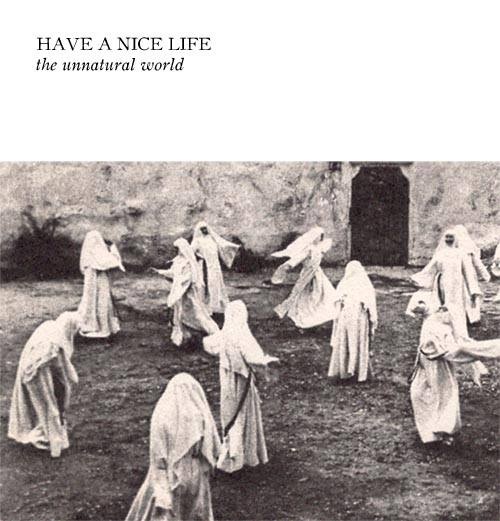 New England experimental post-punk group Have A Nice Life drew some unexpected attention in 2008 with the release of a double CD-R titled Deathconsciousness, originally limited to 100 copies. Those sold out pretty quickly, word spread about the ambitious, yet lo-fi group, and proper CD release and vinyl followed on singer and songwriter Dan Barrett’s label Enemies List. Barrett and bandmate Tim Macuga kept a low profile for the past couple years, but in 2014, Have A Nice Life will re-emerge with a brand new album. On Feb. 4, Have A Nice Life will release The Unnatural World via Enemies List/The Flenser. The tracklist has not yet been released, but the album contains six songs and spans 35 minutes of industrial shoegaze. More details to come soon.

Additionally, The Flenser will reissue Deathconsciousness on vinyl in 2014.

Tags
Have A Nice Life

Have A Nice Life : Sea of Worry

Have A Nice Life announce new album, Sea of Worry

Have A Nice Life : The Unnatural World