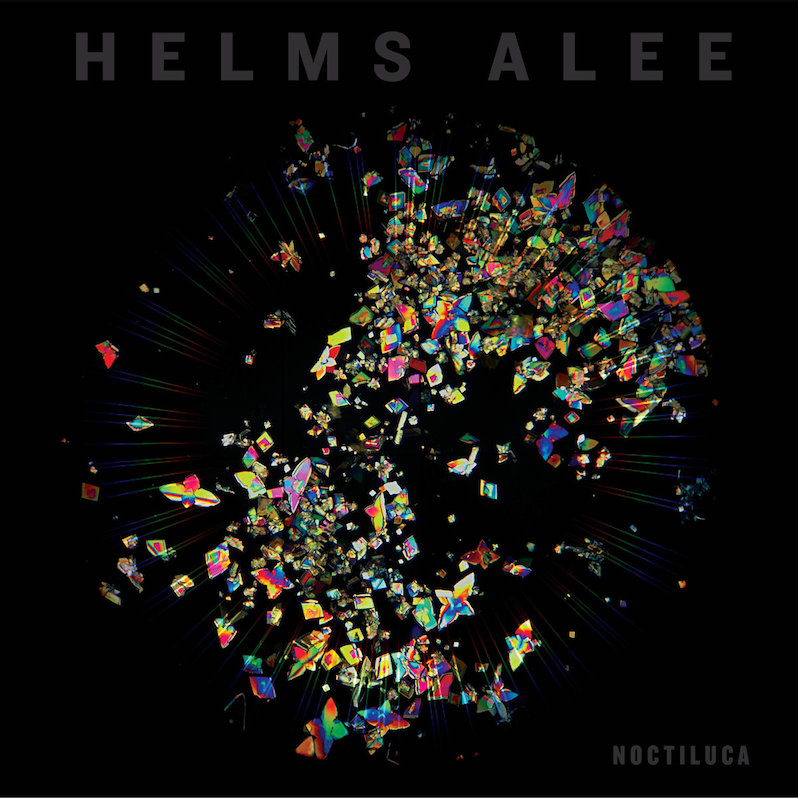 Genre-agnostic heavy rockers Helms Alee probably make the sexiest prog on the planet right now. Their approach to progressive music leans more on rhythm than on shred, laying surprisingly simple odd-time grooves down with the hammer of the gods—that old Zeppelin trick that any beat can be made sexy if you play it deep enough in the pocket. Noctiluca is their fifth album and, for long-time listeners, the path here has been charted well. Like other genre-agnostic rock groups before them from Melvins to Boris, Helms Alee have both a distinguishable sonic identity and no easy way to describe their sound, giving them both ample room for minor adjustments to effloresce into full songs while still retaining a clear image of what the band is. They manage to merge a Sabbathian heaviness (the real kind, with swing and heft, not the bong-scented aimless riffing of other groups) with a post-Rush sense of instrumental play. At times their dense grooves sound like Kylesa (RIP) and other times like Big Business on a particularly nasty day.

It is good that they groove as hard as they do because the band seems largely hook averse. There are of course brief moments that disprove this thesis, like the grungy half-time chorus of “Play Dead,” a progression that in any good universe would plow on and on for hours. But aside from those scant moments, the group is less interested in accessible hooks or even memorable angular figures as they are in pure primal rhythmic pummeling. Thankfully, they are well-practiced at this, knowing well how to add just the right little sonic touches to their riffs both in terms of inflection and production to nuance them and make them flow naturally from one to the other. The beauty of a well-intonated guitar with enough distortion and a drummer who knows how to stay in the pocket is you really don’t have to do much thinking to make it sound good, and Helms Alee are perhaps one of the most exciting contemporary prog groups precisely because they know how to get out of their own way. It may be hard to hum some of these tracks after they’re over, but when the songs play, they establish and control mood capably, which is often all that matters in heavy rock music.

Special kudos have to be given to Dana James, bassist and one of the two lead vocalists of the group, for having a range of sonic touchpoints for her vocals. Helms Alee is not a particularly vocally-oriented band for the most part, using the human voice and the words it can make more as a sonic dappling, and in that space James has a number of maneuvers she employs, from a Brody Dalle-like tuneful drone to an earnest and cutting vocal not unlike The Joy Formidable to ideas closer to The Breeders’ Kim Deal or The Cranberries’ Dolores O’Riordan. This is juxtaposed against Ben Verellen’s Neurosis-styled roaring bellow, a more primal and metal-influenced approach to their sonics. The two don’t play good cop/bad cop as much as they are utilized to underscore different kinds of emotional timbres the group wants to pull out, accomplishing a remarkably emotionally rich heavy rock in doing so. Ultimately, it doesn’t matter that the group isn’t greatly fixated on hooks because the results of their work are so tuneful and, more importantly, in tune to a common emotional center track by track that the songs function well regardless.

Helms Alee is a touch heavier than most shoegaze groups, due in no small part to the clever and joyful heavy beats of Hozoji Margullis (who deserves the kind of praise that someone like Zach Hill usually gets), but their emotional timbre still skews closer to that kind of dreary melancholy. On tracks such as “Lay Waste, Child,” the group opens up more into a primal Sabbathian/Godfleshian mallice, that pure post-industrial waste Birmingham root of heavy metal, but for the most part that are more elliptical emotionally, like a heart trapped in a brutalizing dialectic, not yet settled on a precise feeling. Phenomenologically it’s not unlike that feeling of dread watching dark clouds roll in and the rain beginning to fall, like the glittering pre-darkness that haunts the best Nick Cave tracks, the trauma waiting to occur, haunting you. Helms Alee may not be quite the masters of the macabre that Cave is, but then again very few are; the fact that they resonate in his general space is sign enough of accomplishment.

Noctiluca may not greatly advance the band’s overall mission or aesthetic, but they are still fantastic songs from a group at the top of its game. This album feels more a continuation of a fertile vein of sonic ideas the group discovered than a full follow-up, but with songs this good, it’s perhaps wise that they held off on any wild experiments to shake up the core of their sound. In focusing on refinement and staying in their (atypical and highly individuated) comfort zone, Helms Alee have produced perhaps the strongest set of songs of their career thus far, driving deep into the varied sonic characteristics that make people care about this band. It is complex music not well suited to mainstream breakthroughs or easy emotional parallel, but for those willing to put in the time, it is rich, inventive, joyful and emotional heavy rock music paired against some of the absolute best drumming in contemporary heavy music. 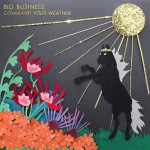