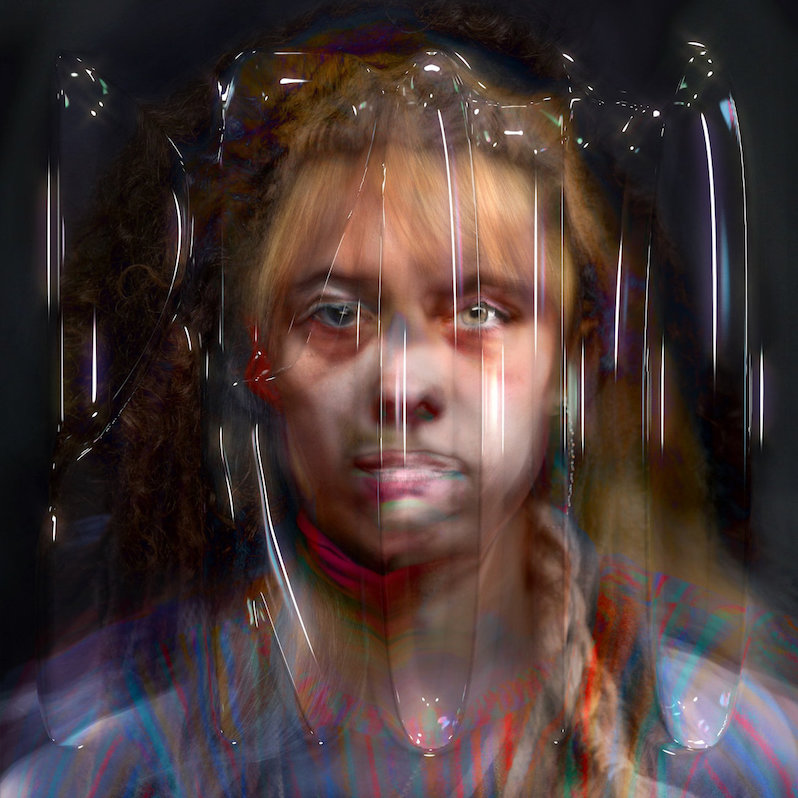 There are times when describing a record purely by its tones and sonic elements is the proper method, the identity of the record wrapped up mostly in its sounds over other aesthetic elements. Doom and death metal often live in this world, spaces that are often (but not always) driven more by smaller sonic changes than difference in the overall affect or tenor of the music. Holly Herndon, much to her credit (and not at all meant as a sleight the other way around), is not one of those artists; her music, though clearly richer in timbral and sonic characteristics than, say, explicitly lyrical themes, lives not in the sound itself but in the phenomenology of that sound, the images and sensations it provokes rather than the textures of it itself.

This is partly, of course, due to the great sonic span of the record. Her new album PROTO moves capably from neo-classical density, post-techno minimalism, vocal chorales, woody slow-motion dance tracks and more. It is hard to typify a sonic core to a record as diverse as this, one which not only marries directness with arthouse abstraction but also displays them in pure form divorced from one another, especially without resolving into a lazier and less holistic track-by-track analysis. First glimpse may persuade you that PROTO does not have an overall identity or affect; this thought, however, would be untrue.

The holographic overall of these specific thoughts sequenced after each other the way they are implies a sense of disintegration and reintegration, a death and rebirth captured in miniature. Herndon does not do something as crass as encoding this thought in a melodramatic and obvious narrative arc but instead in the different science fictional and post-fantasy implications of these sounds, the wood and breath of “Alienation” giving way in time to the rushing metallic water and alien choir of “Crawler,” the post-vaporwave deconstructionist synthscape of “SWIM” and the alien self-transfiguration of album closer “Last Gasp.” There is not a specific tale but an implied emotional transformation occurring between each of these tracks, implying a POST to the PROTO of the album title, a physical and metaphysical passage occurring within and between the sounds.

The passage may seem at first glance, then, to imply a post-humanity, but this would be a vulgar understanding. Neither does it seem to imply something as nebulous and New Age-y as “self-transformation” or whatever online crystal peddlers are focusing on these days. Instead the sensation feels closer to metamorphosis, the caterpillar becoming a butterfly. Its DNA never changes; these changes seemed to be encoded in its birth, a necessary and ultimately natural shedding. We see in this passage parallels to transness, to those who discover an inner queerness or find inside of themselves a gender they may or may not have always known was there. On a personal note, sitting with the record made me confront a long-standing tingling inside of me that perhaps I was nonbinary, hovering in a nameless, formless place myself; admittedly, this sense may have also colored my interpretation of the record retroactively. But still it feels as though these notions are there.

Jlin, who released Autobiography last year to rave reviews, joins Holly Herndon on the track “Godmother,” applying her post-modern and deeply Black approach to electronic music of both the dancefloor and the cerebral headphones variety, paying back a collaboration with Herndon that appeared on Jlin’s debut album. It is a brief track, one that focuses on mutated vocal samples, dissolving and distorting them to insectoid murmurations layered like the wash of rain, the hiss of insect wings, and the thump and crunch of machinery. This knotting peerwork breaks the notion of pretentiousness one might get from such cerebral electronic work, Herndon gesturing not just back into primitivism and forward into futurism but also laterally to a peer network of other capable and incredible artists exploring similar themes in their own work. It is fitting, then, that the cover is an image of Holly Herndon’s face, albeit a mutated and distorted one, a theme recurring over her work and one that highlights the humanity behind the machines and mechanisms.

Herndon’s work is not as crass as to be explicitly post-human, nor as self-effacing to be proto-human, but instead is an exploration of the potentialities of the self and methods of self-becoming encoded in rich electronic compositions as satisfying in headphones as through quality speakers. She is yet another brilliant woman in a field increasingly populated by other brilliant women and non-binary folk leading the electronic avant-garde of the early 21st century and a sign of the continued seemingly endless brilliance this wave of composers and producers is capable of. A rich, sonorous and evocative record. 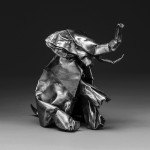