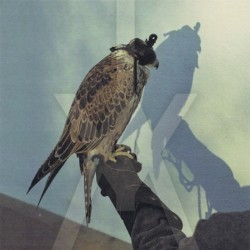 Not quite as moody and ominous as anything on the band’s last album, “Coalition” is brighter, and definitely loaded with cathartic thrills. But make no mistake — it’s still a volatile, unstable weapon. Fueling the reactor is the general pairing of self-doubt with sexual angst, which pushes Ronnenfeldt to let out a virulent scream of “Am I supposed to give into anything?!” The answer? “Excess!”, apparently. Though nothing here feels excessive, just driven to the point of reckless, satisfying destruction.