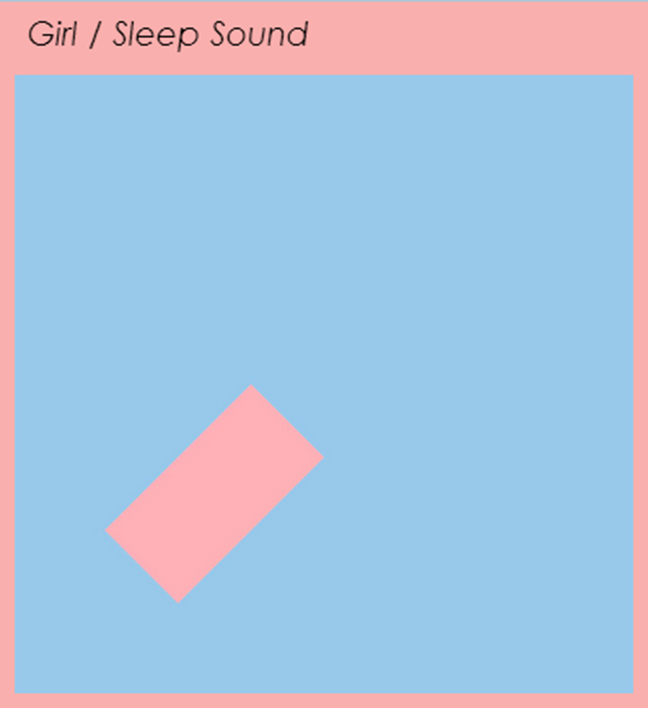 SoundCloud does a pretty good job of being the “Youtube for audio.” But before there was the “Youtube for audio” there was just Youtube, which meant that if a record label wanted to upload music, they also needed to add in some type of image or video. Beyonce aside, record labels aren’t too interested in shooting a full production music video for each track, and as static images became passé, the minimal Youtube video was born. Sure, this wasn’t the birth of minimalism in music videos, but the new medium helped make it cool again (Tame Impala’s “Elephant” was the first such minimal youtube video to get me excited about the form).

Young Turks’ video for Jamie xx’s “Girl” is another beautiful step in Youtube minimalism. A crisp drum clap shatters Jamie xx’s recognizable rectangle into seven pieces, each of which visually echoes its respective sound with rattles, warps, and accelerating spins. It’s the kind of video that’s ready to be enjoyed, but isn’t desperate for views. Desperation is a key theme in Jamie xx’s music, however; ghostly effects make platitudes such as “I want your love” sound fresh and tense under his control. “Girl” has a smoky cool worthy of post-dubstep’s ambitions but not its reputation. The balance and structure of the various elements resemble Washed Out, but Jamie xx swaps sun-soaked beaches for midnight streets—drive slow and turn it up, it’s one of the year’s best.

[Single; out May 5 via Young Turks]