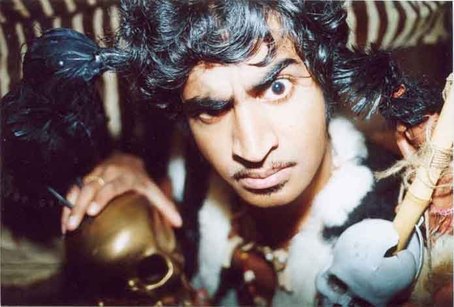 King Khan and the Shrines have announced that they signed with venerable indie label Merge Records, and plan to release a brand new full-length album on the North Carolina-based label later this year.

Khan said in a press release, “Rumors have been flying about me being taped to three swans and traveling the world. Well, it was a rough ride but someone had to do it. After being called the “Beetlejuice of rock ‘n roll,” I have decided to join forces with the underworld and in doing so have reached a new all time low. Hell hath no fury as a swan taped to a fat Indian man.”

The band’s next album will be their first since their incredible and super-fun 2007 album, What Is?!

King Khan and the Shrines : Idle No More

King Khan & The Shrines : The Supreme Genius of King Khan and the Shrines