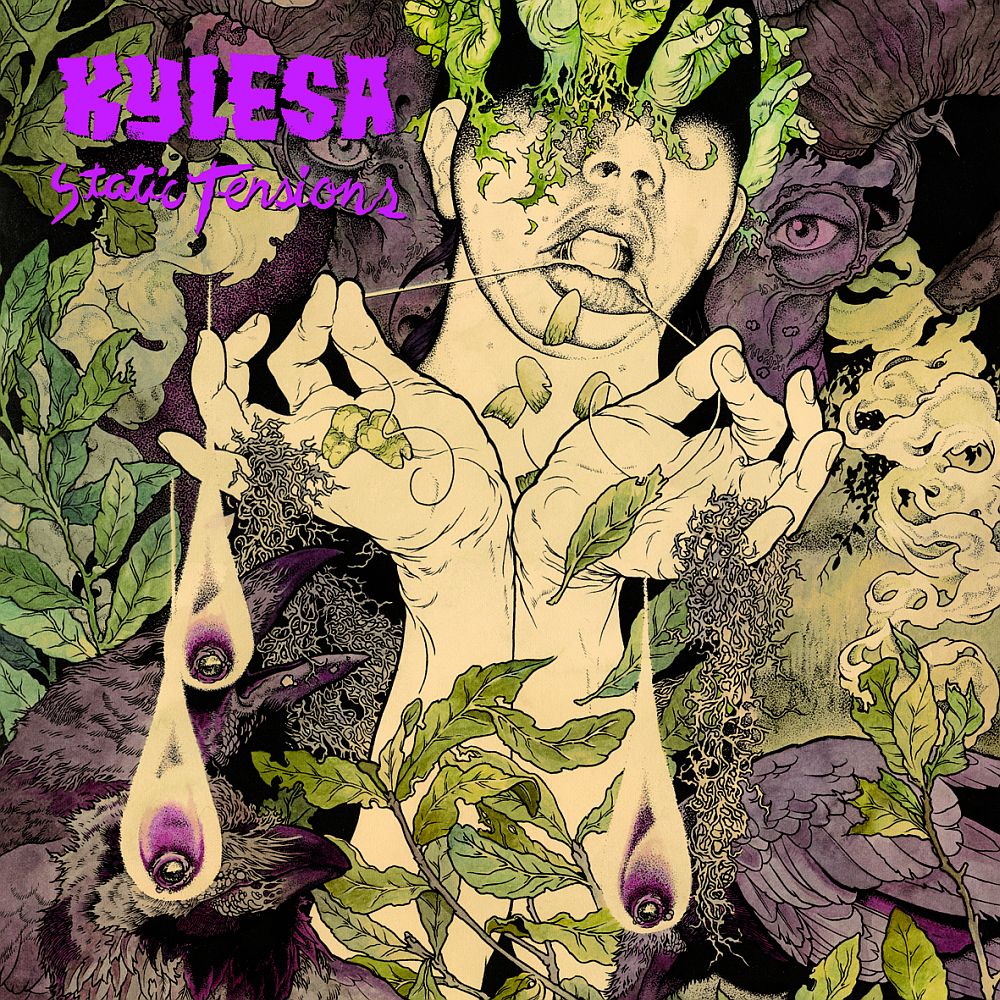 Kylesa’s tendency to meld all facets of loud music—metal, prog, punk, rock `n’ roll—isn’t new for the band. Since the group’s self-titled debut, they’ve been expanding metal’s boundaries, and setting very loosely defined boundaries for themselves. With Static Tensions, however, there’s more cohesion, more of a well-defined structure to the album. If anything, the group has pushed their limits further, but somehow this group of ten songs works extremely well together, making for an album that flows as well as it pummels.

There’s an intense, ominous feeling throughout Static Tensions, but one deeply rooted in human emotions. During the face-ripping chorus of “Scapegoat,” the first track on Kylesa’s fourth album Static Tensions, Phillip Cope barks, “the root of the problem has been buried too deep/ by the time you get to it/ problems will have surpassed the end.” It’s hard not to hear that as being tied to the whirlwind of problems that the United States, and now the rest of the world, is painfully enduring right now (though the band has explained it’s actually about two murders, and the blame game that ensued afterward). The song’s universal message is delivered through searing riffs, however, which is the best method for transmitting scathing commentary. “Insomnia for Months” finds Laura Pleasants’ voice soaring before Cope’s screech cuts through, her commanding voice providing a stately, feminine foil to his burly howl.

“Said and Done” puts the onslaught of low-tuned rumble and dual-drummer beatings up front in a whirlwind of sonic brutality. By track four, lead single “Unknown Awareness,” some of the frontloaded doom begins to give way to an unabashed embrace of melody and soaring, almost hopeful sounding leads, even hinting at post-punk acts like The Chameleons. Pleasants steps to the front again on “Running Red,” a track that maintains an understated sort of tension and heavy ambience as it builds toward a series of guitar harmonizations that stand as the most characteristically metal moment on the album. The strong melodic foundation in “Almost Lost” puts it alongside “Unknown Awareness” as one of the album’s best tracks, still heavier than a truck full of Marshall stacks, yet still catchy enough for radio (should any station be brave enough for a band this boldly genre defiant).

In Static Tensions‘ final act, Kylesa opens up their sound a bit more, slightly letting off the unbearable weight of their sludge in favor of some instrumentally intricate psych-metal in the hard grooves of “Perception” and the sinewy harmonization of “To Walk Alone.” In the former, Pleasants even offers a twinge of hope, singing “we are together/ never alone/ some other time/ place my hand unto you.” And while darkness still looms over the end of the album, the band managed to sneak in the slightest touch of light. As heavy as Static Tensions is, it’s still a very human album. While its infectious hooks and destructive riffs may rattle your bones, Static Tensions will sink in much deeper, long after the tinnitus wears off.