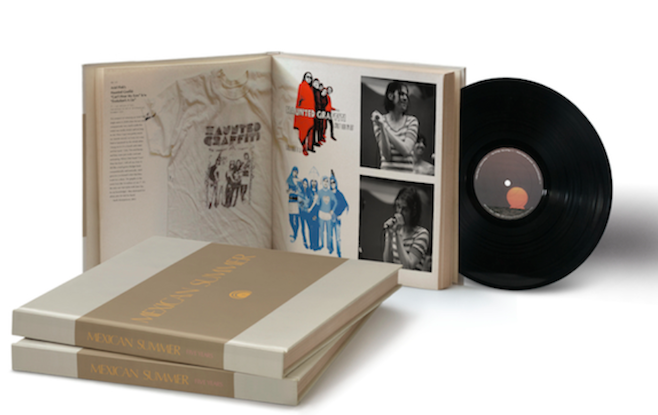 In September, Mexican Summer announced it was releasing a limited edition hardcover book for its 5th anniversary, which also features a 10-inch record that includes collaborations between a variety of artists with connections to the label. Above, you can see an image of the finished book, which features 256 pages of art, photos and writings about the label and its artists.

A new track has been released from the companion record, which is a collaboration between R&B artist Autre Ne Veut and ambient producer Christian Fennesz. It’s called “Alive,” and you can stream it below.