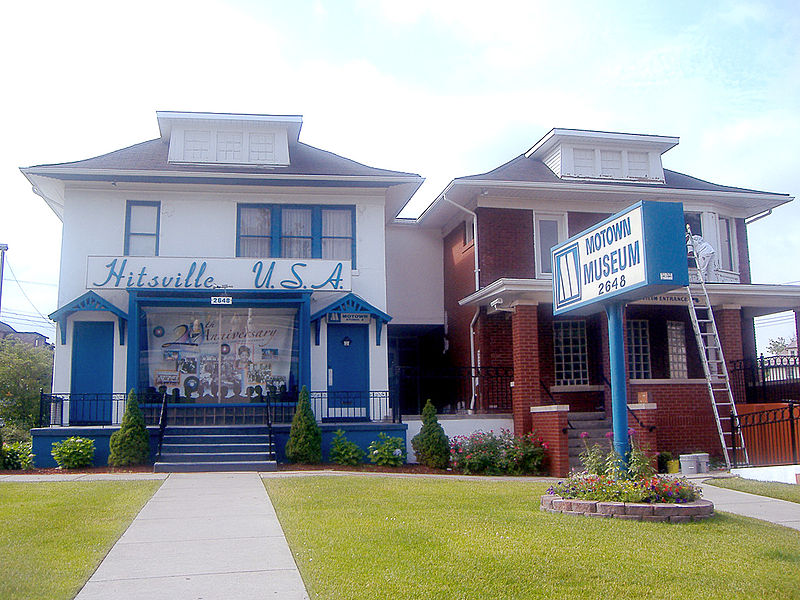 Airports don’t count, so I’ve never been to Detroit and I don’t have a personal connection to the city of which to speak. But I flinched a little Thursday afternoon when I got a New York Times news alert on my iPhone saying that Detroit is broke. Not broken, but flat broke. The Motor City last week announced it filed for Chapter 9 bankruptcy protection due to what emergency financial manager Kevyn Orr says is debt in the range of $18 billion and $20 billion. Mostly, this is because… well, fuck, I don’t understand municipal finance, so just read the Times story, or other front pages around the world.

The reason I felt a pang in my soul is because I began to think about how many of the things that color my world come out of Detroit. That’s everything from the people who designed and built the sublime ‘65 Ford Mustang to the ineffable beauty of Justin Verlander on the mound to the heyday of Creem magazine. And, of course, and mostly, the music. Now, several American cities can rightly claim a stake as the nation’s best music town. But look at it this way: Detroit has never missed the playoffs. At a late solo dinner last night in my neighborhood, I just started making a list of all the Detroit music that moves me. It took me straight through dinner and I needed two more beers before I could finish.

On the walk home, my mind flashed to a passage in filmmaker Ric Burns’ nine-part documentary about New York City. One best episodes detailed the dark days of New York’s financial crisis in the 1970s. You might know the famous Daily News headline “Ford to City: Drop Dead.” One of the movie’s talking heads lamented that New York City, the place that had brought forth so much of the wonder and awe of the modern world, would have had more friends in this country.

That’s how I feel about Detroit and its music. I mean, it’s hotter than an Old Testament wrathful God here in New York City at the moment, but hearing the Four Tops coming out of someone’s open window would be so cool and revitalizing. So, there’s a Detriot YouTube mix below. It’s hardly — hardly — comprehensive, owing to the fact that Detroit’s tank is forever full with music. Great music.

The White Stripes – “You’re Pretty Good Looking (For a Girl)”

Smokey Robinson & The Miracles – “Tracks Of My Tears”

The Temptations – “Just My Imagination”

Cybotron – “Alleys of Your Mind”

Martha and the Vandellas – “Heatwave”