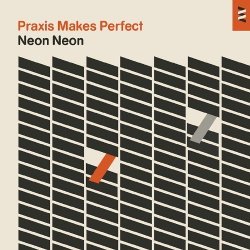 Neon Neon’s debut album, 2008’s Stainless Style, more or less centered around a central narrative surrounding carmaker John DeLorean, who successfully defended himself against cocaine trafficking charges in 1984 by citing entrapment. You might have missed some of that, though, given how richly it conveyed big-budget ‘80s new wave sounds and heady synth-driven pop-scapes, to the point that anything else seemed merely ancillary. The partnership between Super Furry Animals’ Gruff Rhys and Los Angeles-based producer Boom Bip yielded a spectacular pop album on par with either artist’s better works, albeit one cleverly loaded with a conceptual thread that spanned from DeLorean’s vision (“Dream Cars”) to a mountain of coke (“Trick or Treat”) to his relationship with Raquel Welch in the 1970s (“Raquel”). How the Star Wars-referencing “I Told Her On Alderaan” fits in is hard to say, but it, above all, exemplified the amazing chemistry that Rhys and Bip have as a songwriting team.

As strong a debut as Stainless Style was, Rhys and Bip conceived of the project as a one-time thing, and late in 2008 suggested that another Neon Neon album was probably not going to happen. Yet in January, the group posted a picture of Giangiacomo Feltrinelli to their Instagram account, which effectively clued in listeners to the future of the band. Yes, there is another Neon Neon album, and this time, the duo shift their focus to the story of Feltrinelli, a revolutionary who grew up in a wealthy Italian family and became a left-wing activist and publisher, later dying of a suspicious accident in 1972. Yet on Praxis Makes Perfect, the concept is much harder to sidestep; from the opening title track, there’s a sense of oddly anachronistic narrative technique, as ‘80s-style synthesizers juxtapose against the sound of morse code tapped out on telegraph, and spoken word courtesy of actress Asia Argento, whose voice comes to represent most of the more direct references to Feltrinelli’s life. If Stainless Style were an audible film inspired by DeLorean’s life, Praxis feels much more like a proper biopic.

Praxis Makes Perfect is heavily doused with details of Feltrinelli’s life, from his relationship with fellow leftist leaders (“Hoops With Fidel” references an actual basketball game that he played with Castro) to his publishing career (“The Leopard” and “Dr. Zhivago” are two titles that Feltrinelli Editore published). And throughout the album, it’s hard to escape references to Communism or censorship, thanks in large part to Argento, whose spoken word interludes provide a contextual grounding. But, once again, the music itself is so strongly driven by ‘80s pop sounds — this time even deeper into yacht- and soft-rock textures — the radical leftism at the center of it almost stands in stark contrast. The Supertramp-style chorus of “Hoops With Fidel” is a blissful AM pop hallucination about bottling and selling Communism, whereas the guitar leads on “Hammer and Sickle” recall Carlos Alomar circa Berlin-period Bowie. The Italo-disco-ized “Shopping (I Like To)”, however, addresses the lure of capitalist enterprise, with Sabrina Salerno and Rhys trading lines like “In your eyes, I see a franchise.” And “Mid Century Modern Nightmare” compresses left-wing angst into a two-minute banger of an electro jam.

Whereas the flashy synth-pop sounds of Stainless Style made perfect sense in the context of the rise and fall of an ‘80s icon, the juxtaposition of a ‘60s- and ‘70s-era narrative against more ‘80s-style music seems an odd fit. It’s not necessarily problematic, however — once again, Gruff Rhys and Boom Bip have created something memorable and crafted with utmost attention to detail, however incongruous. Yet the context becomes blurrier and a bit more abstract this time around, which, ironically, might actually help to make the concept stand out even more. As historians, Neon Neon have found a bizarre vessel through which to tell their story, but as pop songwriters, they’ve yet again made a wonderful little record.