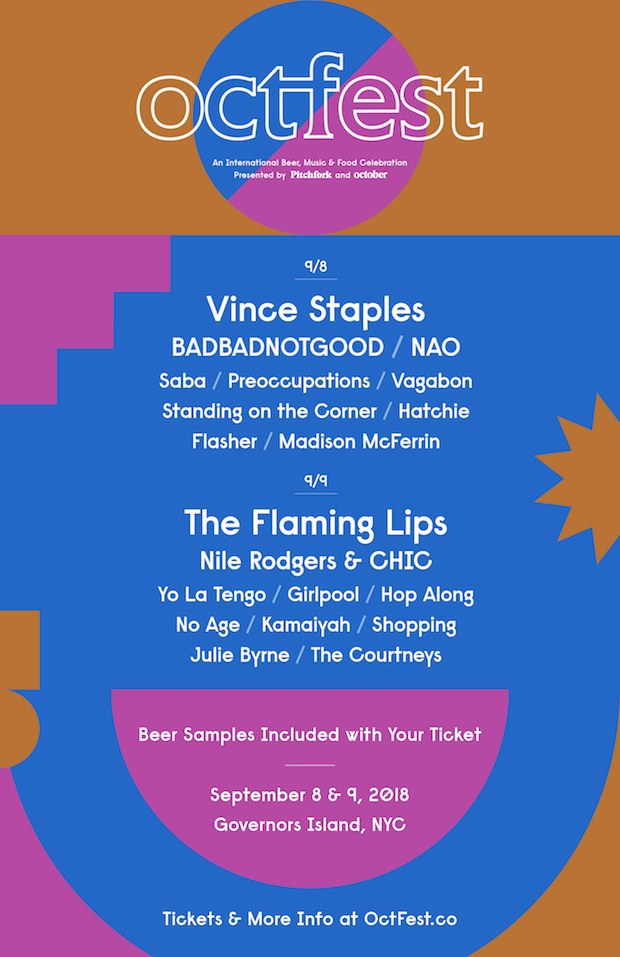 Pitchfork and its beer-centric partner site October have just announced OctFest 2018, a music and beer festival taking place on September 8-9 (not October, oddly) at Governors Island in New York City. The headliners for the festival include Vince Staples, whose album Big Fish Theory was our Album of the Year for 2017, and The Flaming Lips. Other artists performing at the festival include Nile Rodgers & Chic, BadBadNotGood, NAO, Saba, Preoccupations, Vagabon, Yo La Tengo, Girlpool, Hop Along, No Age, Kamiayah, Shopping, Julie Byrne, The Courtneys, Standing on the Corner, Hatchie, Madison McFerrin and Flasher, whose new album Constant Image is our Album of the Week. Full lineup on the flyer above.

All tickets include beer samples, and more than 90 breweries are participating in the festival. The complete details and tickets can be found on the OctFest website.