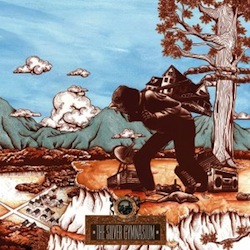 Will Sheff recently said that he “can’t make 1987 come back…this is the closest thing I can get to that,” while talking about Okkervil River’s expansive ode to his childhood, The Silver Gymnasium. Variously described as an aural bildungsroman and a return to his hometown in song, Okkervil River’s newest LP builds on Sheff’s ability to capture musical styles without sacrificing his artistic integrity.

The Silver Gymnasium opens with “It’s My Season,” a nod to Elvis Costello during his My Aim Is True era. Sheff marks it with his standard gritty voice, enumerating hallmarks of the 1980s that will strike a chord with anyone who lived through that broiling decade of new-tech: VCRs, Ataris, and cassettes (in “Stay Young”). The song begins with a simple Beatlesque piano that rumbles through the whole song like a tender fault-line. Sheff follows a traditional song structure here with the verses and choruses lined up in digestible pieces, a precursor that sets the stage for the songs that follow.

“Down Down the Deep River” churns like its namesake, overflowing and swollen with spring runoff. An unrelenting, spinning tune, it manages to draw on the vast and varied experiences of Sheff’s youth and put them all into one song. Synths belt out glimmering tones between verses, adding the patina of 8mm videos dug up from the family vault, romanticizing the past that Sheff preoccupies himself with. The pace never slows, horns blare out melodically, while the drums drive the song forward, fleshing out the six-minute-plus track.

Many of the numbers on The Silver Gymnasium deal in the nostalgia that Sheff intended to imbue the album with. “Where the Spirit Left Us” skitters along like the orange newts he caught as a boy back in Meriden, New Hampshire. His voice is a whisper as it captures the setting of his childhood home, constructing that faded location with throbbing bass, a muted single guitar chord, and drums, until the chorus combusts with all its subdued angst and explodes. It flickers with affected guitars that pluck out a sparkling yearning for the past. Sheff wields his voice like a time machine, finding the Bowie-esque tones that tug on our own memories until we can’t help but submit and look to our own histories to fill the space between instruments, surrendering to the things we left behind. Sheff asks, “Did the silence drop? / Did your Walkman stop? / Did the end turn cold? / Was the message just so close?” His voice grinds with both anguish and hope, and where the whole thing could seem a cheap carnival act, it works. It feels like we’re riding through the night together with Sheff, listening to a Bruce Springsteen album, staring out at the lights of the city, and trying to grasp how we can hold onto this moment and make it eternal.

The Silver Gymnasium is more than just an echo of Sheff’s youth and the songs that filled his head. From the catchy and timely “Pink Slips” to the London Calling–influenced “Stay Young,” and “White,” a track reminiscent of Echo and the Bunnymen, the album is an exploration of the ghosts that live in our heads, put there when we least expected it, when we had no idea how the culture we devoured as youth would leave its scars on us as adults. This isn’t the stand-offish Okkervil River of I Am Very Far; it’s Sheff baring the soft-underbelly of his personal history to us, and we’re invited to revisit our own.

Elvis Costello – My Aim Is True