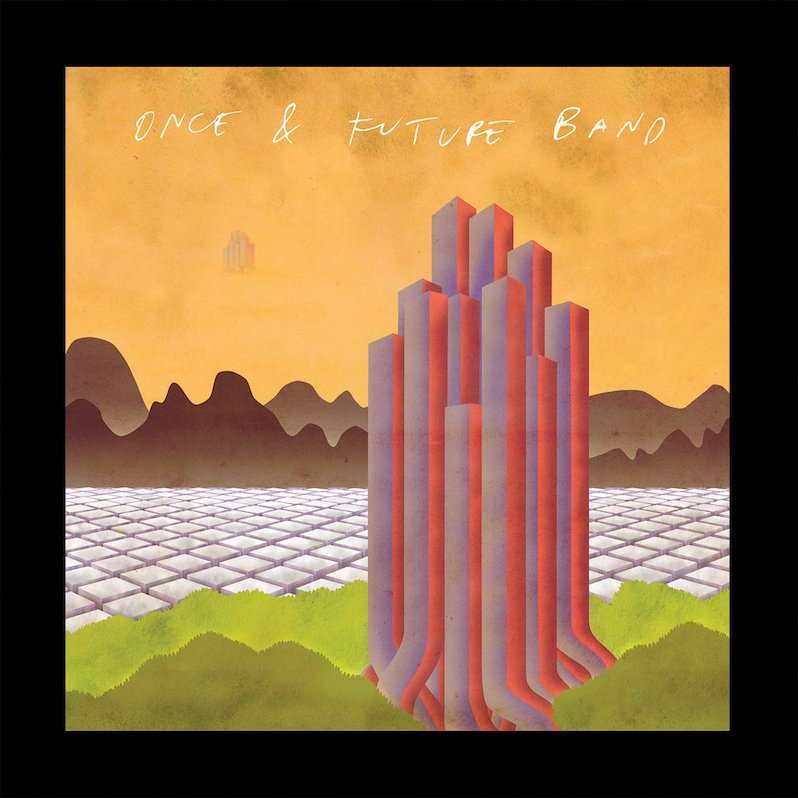 Maybe it was the quarantine encouraging me to finally cut the shit and grow a moustache and beard like all my musical heroes before me that did it, but I’ve had lately a craving for absolutely greasy, daydreaming prog rock of a certain stripe that’s been hard to fulfill. Once and Future Band scratch a very particular and hard-to-define itch; their approach to prog (and really nothing else makes sense to call it) lives somewhere between the sleazy jazz lounges of Steely Dan and the grease-and-cigarette-smoke prog of Todd Rundgren. The common theme there is a certain centrality of pop songwriting, foregrounding these clever hooks and singable melodies that are then dressed with technicality and quirk rather than the other way around. This is a long way of saying this is no Dream Theater, nor even Yes; these cats live closer to the Camel side of things, keeping things bright and catchy even as they go into head-turning Sesame Street fusion modulations (for real, check out those early Sesame Street episodes for some crazy hip fusion jams).

Once and Future Band already made their splash with their debut, which ranked high on just about everyone’s year-end list in 2017 unless they either a) worked for a publication outside this genre space or b) just didn’t hear it. The difference from that debut, the intermediary EP, and this, their second LP, admittedly isn’t much, but that’s because there’s still so much fertility here left to mine. It’s a truism that people of a certain age look back and find an immense jazz/pop-prog pleasure in groups like Steely Dan as well as Supertramp, have their ear for Queen songs tilt from some of the more outre tunes to the subtler and more mature tunes like “’39” and “Flick of the Wrist,” but it’s hard to find a lot of modern groups that explore that now-abandoned sonic space. The fact that Once and Future Band do it so, so well, producing a record that feels like it could be plucked out of some deep crate buried between obscure records by The Move and Renaissance or else be passed off as another curious XTC side-project, is a credit instead of a detriment. After all, aping successful sonic spaces of the past is only bad if either you suck at it or if it’s currently being oversaturated and, luckily for OaFB, neither is the case with this precise honey-and-crystal blend of sunshine melodies and synths sitting somewhere between prog and funk.

If I had to describe this album in an image, it would be a crystal cavern, amber and quartz arrayed like the Fortress of Solitude in those increasingly-terrible ’70s Superman flicks, twin alien suns in purple and gold casting criss-crossing beams of celestial light through the hardened transparent enclosure. One of the great strengths of Once and Future Band is they have a knack for understanding that the benefit of this type of retro-gazing post-modern music is that by the vantage point of the present, we have the ability to fix-up some small issues with what came before. This is, ultimately, the same notion that drives synthwave and vaporwave at their best, not producing music of the ’80s or the ghost of the American shopping mall but instead a more spiritually perfect version of the same. For Once and Future Band, they clearly (rightly) idolize prog-pop genius Todd Rundgren but, like many of us, regret where the ’80s would take him. Deleted Scenes feels like a lost record between Something/Anything? and A Wizard, A True Star, soaking up those same rarefied heights of the curious and deeply ’70s genre mixing they are interested in.

Admittedly, this type of pastiche music will turn some people off, and there’s an unfortunate value to that. Once and Future Band, as their name gestures to with the Arthurian reference, aren’t interested in sounding modern as much as bringing treasured things now lost back to us, and for a number of people this is inherently an ignoble act. Unfortunately, there’s little to sway those types here on this record, being so resolutely an artifact of a bygone era, a record of an alternate timeline where the brief pop Overton window had cerebral art rock, prog and psychedelia mixing freely with R&B, pop, soul and funk. The good news is that, for the rest of us, this sounds like pop-rock record of the year material, up there with Foxygen’s debut or, more distressingly, the way that some of us had hoped Fleet Foxes Hopelessness Blues would hit rather than how it did.

Because of their impressively impossible knack for replicating so exactly the sounds of the classic records from the ’70s they want so dearly to sit next to, this is a record of winning melodies, beautifully engineered and produced sounds, and exceptionally inventive progressions and melodies. It would be dishonest criticism not to reference the records they so clearly had on the shelf when crafting these songs, but none of that is the point at the end of the day. What matters is that these songs are beautiful, like gems from an alien planet, beautiful enough to make you forget briefly (beautifully) the swiftness of days in quarantine and the distress outside that bubble of honeyed light. Retro ain’t worth shit if the songs aren’t good, and these are more than good; I don’t think I’ve heard better in the world of pop-rock for a long, long time, and I have quite serious doubts that these will be topped anytime soon. Again, maybe that’s the prog dad moustache talking, but I can’t hear these without thinking of my dad plucking a big vinyl out of the crate, so big compared to my four-year old body, and showing me how to slide the platter onto the turntable and set up the tonearm for a solid 20-ish minutes of perfect jazz and pop, a perfect crystal of emotional memory built out of just how remarkable these songs are, that it’s hard not to be deeply won over. 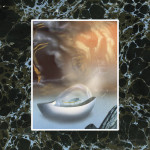