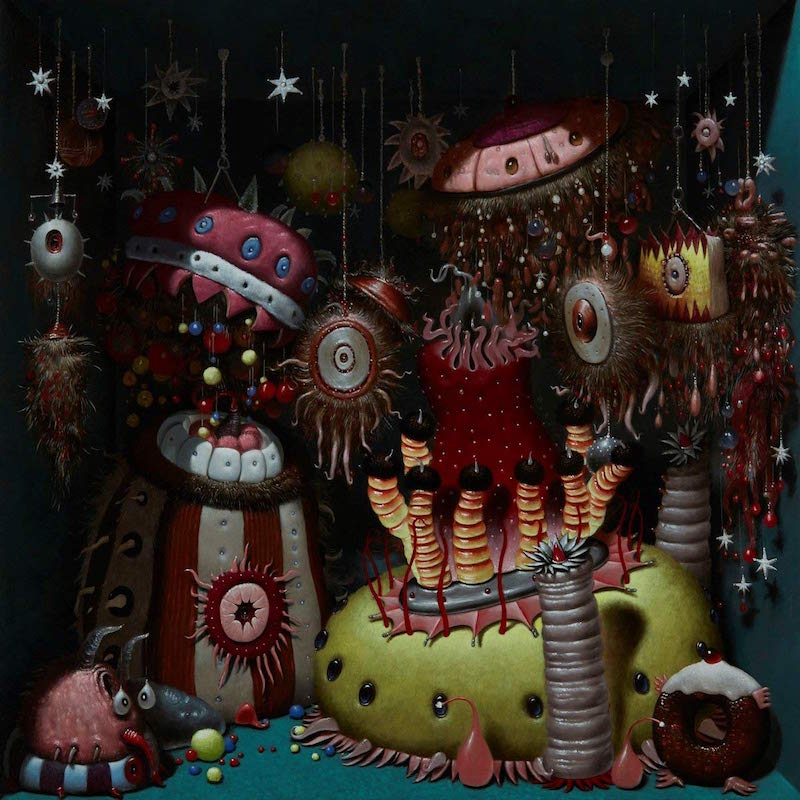 You’re absolutely right to be annoyed by musicians who announce a breakup or retirement and then ride back in from the sunset largely intact, touring and recording as if no emotional whiplash had been inflicted on their fanbases. You’re especially right to feel this way if an artist does it multiple times, or if their new work doesn’t match an old standard. Paul and Phil Hartnoll, the Kent brothers best known as the intelligent techno duo Orbital, are guilty of both of these latter transgressions. They’ve now made their second return following a so-called career-ending announcement. The first time it happened in 2012 we heard the forgettable Wonky album, but the new Monsters Exist is largely redemptive.

Orbital succeed here with sounds and arrangements that echo their mid-1990s releases Snivilisation and In Sides, albums that stretched beyond their acid roots to become epics of a different mind, full of 4/4 braindance with beautifully narrative qualities. This LP leans heavily on the female and childlike vocal samples that gave those releases their distinctive feel, from the rising and falling heartbeat of “Monsters Exist” to the arcade action of “Buried Deep Within.” It also clearly references the brothers’ progressive politics from song titles to studio dialogue, culminating in album closer “There Will Come a Time,” a meditation on the inevitability of all life and science.

Oddly enough, there’s also a measure of fun and trickery heard in Monsters Exist that the Hartnolls have exploited only on rare occasions. “Hoo Hoo Ha Ha” treads a fine line between Peloton music and the hyper-synthesized 1980s productions of Trevor Horn (The Art of Noise, Yes), ultimately coming off as a fake-trumpet- and snappy-snare-driven version of the ska they’ve secretly always admired. And then there’s “The End is Nigh,” a cut influenced by brostep-leaning pop and loaded with female voices grunting, humming, and cooing. I can’t decide whether this song is beneath Orbital’s reputation, or if it suggests a new frontier for them to dominate because it actually kinda works.

The big question is, how much credibility do we give this album? What investment can we make, or do Orbital deserve, given that they could drop everything and choose to “retire” again next month? It’s an unfortunate consideration especially in light of work like “P.H.U.K.,” one of two tracks anchoring this album that debuted during Orbital’s 2017 return to the decks; it’s as rich as the duo have ever sounded, and its breakbeat climax deserves to run about five minutes longer. I guess Monsters Exist is as close to a return to form as you might get out of Orbital, which depends on how interested they are in really returning and for how long.

The Orb – COW/Chill Out, World