Atlanta hip-hop icons OutKast revealed last week that they’ll be headlining the Governors Ball festival in New York. And now that the full Governors Ball 2014 lineup has been revealed, it looks like Andre and Big Boi are in good company. The other headliners of the fest are Jack White, Vampire Weekend and The Strokes. And further down the lineup it gets even better. Also playing this year are Phoenix, Disclosure, Interpol, TV on the Radio, Spoon, Broken Bells, Neko Case, Sleigh Bells, Grimes, Janelle Monáe, Jenny Lewis, Tyler the Creator, Earl Sweatshirt, Kurt Vile, Chance the Rapper, AlunaGeorge, Deafheaven, Run the Jewels, Diarrhea Planet and many many others.

See the full Governors Ball 2014 lineup via the flyer below. The festival takes place June 6-8 at Randall’s Island in New York City. 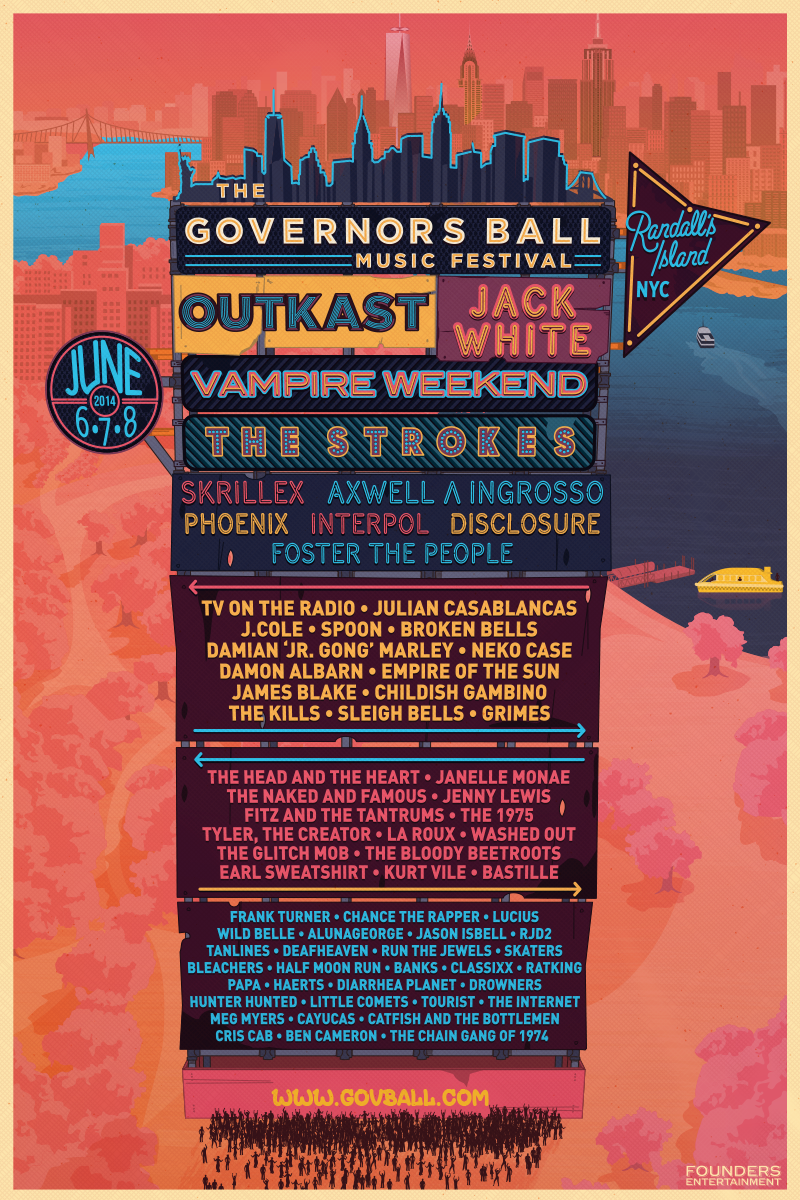