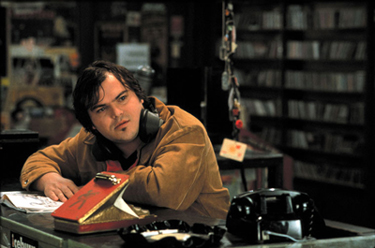 You don’t have it? That is perverse! Don’t tell anybody you don’t own fucking Blonde on Blonde. (Sigh) It’s gonna be okay. (Hug)

What’s so perverse about this collection of music before you? Only the fact that you may not own it yet. Just as Barry of Championship Vinyl chastised his customer for not owning Blonde on Blonde, this is our far more friendly way of letting you know about albums we may not have reviewed at the time, but that should definitely line your racks, fill your portable cases, or be downloaded to your iPod. Every once in a while we will try to bring you updates such as these, a quick look at the music that we might have missed bringing to you, but still bought for ourselves. In turn, we felt kind of bad for it. After all, our purpose is to let you know about the best music out there! We just couldn’t let you down in the end, so here’s our first list:
Dungen — Ta Det Lugnt
With the release of Ta Det Lugnt, Sweden’s Dungen unleashed a psychedelic rock maelstrom without singing a word of English. Every song is gigantic, filled to the brim with riffs, reverb and plenty of surprises, including lyrics sung in their native tongue. It’s no wonder it made such a huge impact way across the Atlantic, even if we can’t pronounce any of the song titles.
Read Review
The Elected — Me First
Blake Sennet’s other band made their debut last year with Me First, one of the unsung highlights of 2004. Every bit as wonderful as Rilo Kiley or Bright Eyes’ best moments, The Elected put together a heartfelt and lovely disc that any fan of classic American songwriting will find irresistible.
Read Review
Muse — Absolution
“Time is Running Out” may be playing on your local alt-rock radio station right now, but this album came out two years ago in the UK. Though US audiences were deprived of Muse’s second disc due to not having an American label at the time, we were blessed with this, an epic, powerful and dramatic British rock album that sounds something like Radiohead mashed-up with Queen.
Read Review
Apostle of Hustle — Folkloric Feel
As a member of Broken Social Scene, Andrew Whiteman is merely one piece of a gigantic Canadian indie rock puzzle. But in Apostle of Hustle, he’s the songwriting mastermind, creating complex, imaginative songs that combine the textured sounds of BSS with Cuban guitar styles. The end result must be heard to be believed.
Read Review
Erlend Øye — DJ-Kicks
Few Treble staffers have ever taken much of an interest in DJ mixes, but King of Convenience Erlend Øye changed all that when he tried his hand at mixing it up. Unlike anything you would expect from most superstar DJs, Øye compiles an eclectic mix of tunes that provide consistently good listening, even when the party’s over.
Read Review