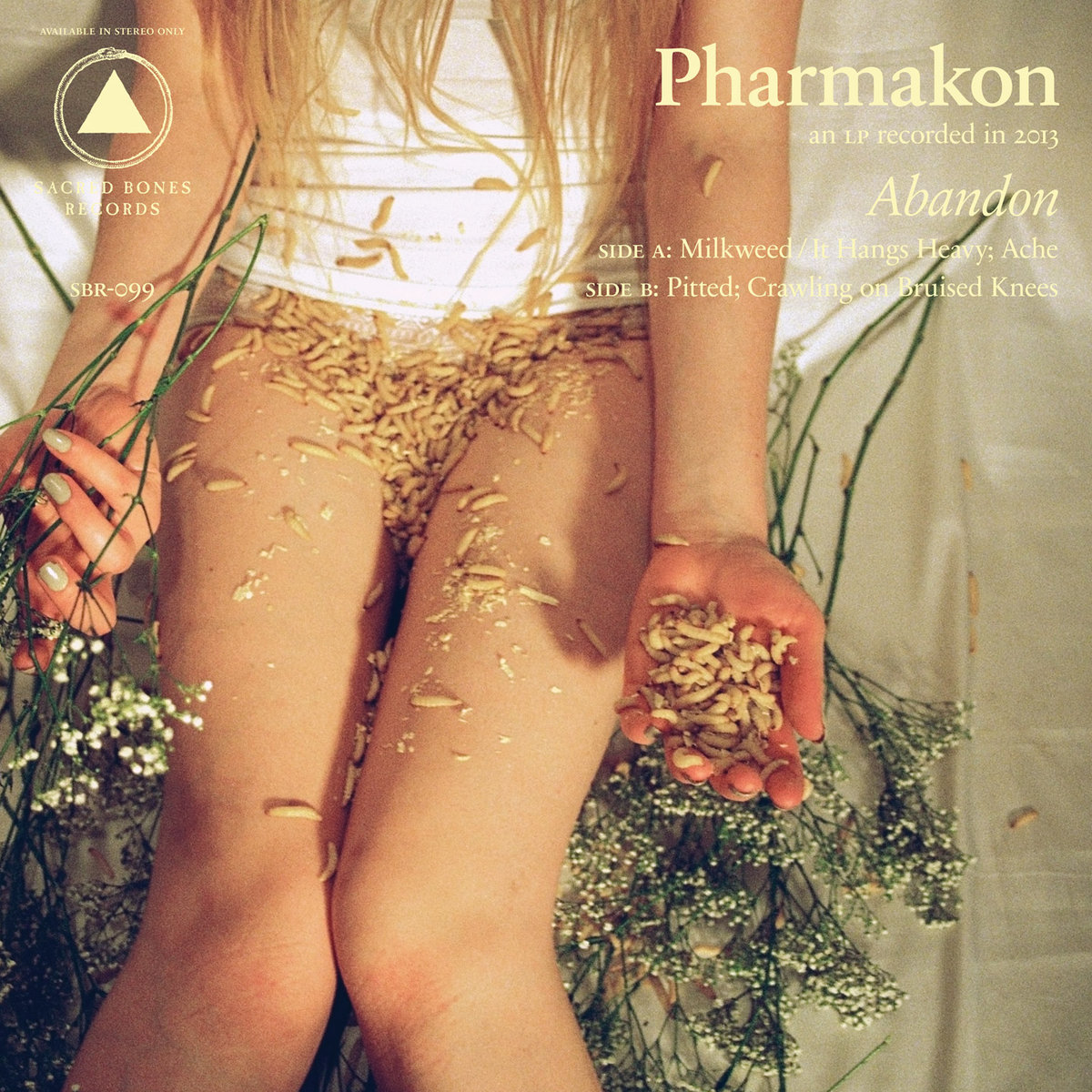 Squeamish listeners should probably exit here. Those sensitive to noise or harsh sounds might want to sit this one out too. The easily startled, those prone to night terrors, and anyone who can’t stomach being screamed at can probably bow out of giving a listen to Abandon, the Sacred Bones-released debut by Pharmakon. For Margaret Chardiet, the 22-year-old New Yorker behind the industrial/power electronics project, isn’t particularly interested in going easy on her audience.

The sheer visceral horror of Abandon is presented with shocking immediacy. In the first moments of “Milkweed/It Hangs Heavy,” Chardiet lets out a blood-curdling scream—a sound so harsh and terrifying that it’s likely to give one pause about the potential grotesqueries of what comes next. And there’s a perfectly logical reason to be hesitant; Pharmakon isn’t easy listening. It’s not even enough to call it moderately challenging listening. It’s an almost direct confrontation—Chardiet layers her songs with crashes of harsh, metallic percussion, whirring horror-movie synth and moments of chilling pause that somehow come across as even more unsettling than the actual vocals themselves. A screaming antagonist can be easy to escape; an invisible one never gives you the chance.

Because of the intense, inescapable din that Pharmakon creates, she’s frequently been described as a “noise” artist, but that isn’t exactly the case. She’s noise in the same way that Throbbing Gristle is, or Swans were at one time, or Prurient continues to be. There’s structure and melody to her manic haunts. Indeed, that structure is one rigged with trapdoors, poison-tipped darts and walls that close in on the listener, but it’s a structure all the same, and one that’s simply breathtaking in its mixture of avant garde beauty and destructive capability. Abandon is stomach-churningly harsh, but contains an undeniable musicality even at its most harrowing.

Yet, Chardiet isn’t entirely without mercy. Where Abandon’s first two tracks are relentlessly severe, its second half is much more approachable, if still incredibly dark. “Pitted” takes on a cold, yet crushing martial stomp, eliminating a direct barrage of screams in favor of a disembodied moan. The star of the album, however, is the otherworldly, heebie-jeebie-fied “Crawling on Bruised Knees.” Its an absolute masterpiece of a chiller, its buzzing bass descending like the scrape of game limbs down a blood-spattered staircase. Chardiet disguises her voice in a layer of effects, her vocals emitting like the rants of a demented robot, as those buzzing basslines begin to resemble helicopters sputtering over the very wasteland this nightmarish lullaby evokes.

Put in context of the tracks that come before it, “Crawling on Bruised Knees” is practically a hit single, which says a lot about the havoc that Pharmakon wreaks. But it’s an elegant, immaculately constructed havoc. Some artists prefer to use noise as a blunt object, but for Margaret Chardiet, it’s more like a scalpel. She traces precise lines along the sounds and ideas that seem to evoke a strong reflex, either physical or emotional. It makes you feel something, and that something isn’t always pretty, but it’s definitely there. To shun it would be perfectly understandable, but also regrettable. The beauty and the artistry in Abandon is there for the listener to find — Pharmakon just implicitly asks the listener to sacrifice some comfort in order to get there.