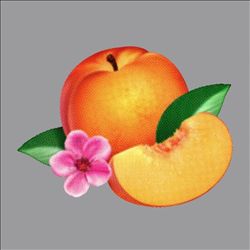 In the four years since the release of Wolfgang Amadeus Phoenix, Phoenix got big. Really big. Massive radio airplay big. Cadillac big. Festival headliner big. For the French band, widespread recognition may have arrived a decade late (“If I Ever Feel Better” was perfect in 2000, and still is), but that it would arrive never should have been question. In the modern landscape of indie and alternative rock, there is no band that combines charisma, hooks and sheer agreeability in the same mellifluous way that Phoenix does. They’re simply as likable as a rock band gets.

Then again, they always were, and part of that is in their ability to craft simply sublime pop songs, whether in smooth, glossed-out form a la United’s “Too Young,” or with a sliver more husk and jangle, as on It’s Never Been Like That’s standout track, “Long Distance Call.” What pushed singles like “1901” and “Lisztomania” over the top — aside from marketing budgets and all that mundane industry stuff — was a newly harnessed sense of urgency. All of a sudden, Thomas Mars’ cry of “Fold it/ Fold it/ Fold it,” whatever that means, became a chorus for audiences to shout back. That crisp, impeccably crafted pop now seemed immediate in a way that even their best songs hadn’t quite managed, and it translated marvelously live. As unlikely as it might have seemed that Phoenix would be headlining Coachella four years later, in 2009 they had greatly accelerated their path toward getting there.

It’s never easy for a band to follow their most successful record, however, and it’s hard not to view the title of the band’s fifth album, Bankrupt!, without reading a bit of tongue-in-cheek irony into it. Creative bankruptcy, however, is far from a major concern for Phoenix, even as they come close to closing out their second decade as a band. There’s no shortage of ideas on Bankrupt!, and a lot of them are on loan from the 1980s — the “Turning Japanese” keyboard riffs in “Entertainment”; the Purple Rain drum cracks in “The Real Thing”; the fact that the album was mixed on the same console as Michael Jackson’s Thriller. And that last bit of trivia, while inconsequential to the style of the record, is emblematic of its sonic opulence. Phoenix are stars now, and the album is a fascinating sonic recreation of the kind of lavish jet-setting they’ve built up to; you’d savor its fragrance and run your fingers over its contours if you could.

Curiously, for as rich and indulgent as much of Bankrupt! sounds, it feels neither as commercial or as urgent as its predecessor. It certainly begins that way, with the fuzz-guitar and faux-Asian keyboard licks of “Entertainment,” which don’t quite push the adrenaline like “1901” did, but still start off the album right. Yet it’s in the moments of deeper texture and nuance where more interesting sounds begin to emerge. While it doesn’t have quite the same in-the-red bang as “Entertainment,” “The Real Thing” is, in fact, a much better song, taking unexpected chord changes toward a hypnotic chorus of “Follow, follow me!” There’s a similarly intriguing shift in “S.O.S. in Bel Air,” which switches from sprightly, breezy verses to a chorus that’s more of a breather than an accelerant. The title track puts a softer spin on the “Love Like a Sunset” motif. And the atmosphere surrounding “Trying to Be Cool” is one of synthetic flute sounds and crystalline twinkle, which finds Phoenix moving further into New Romantic territory than they’ve ever been before. It looks good on them.

Amid the luxury-drunk atmosphere of Bankrupt!, Mars still sounds as charmingly, hopelessly romantic as he’s ever been, delivering a desperate plea like “tell me that you want me” without making it sound pathetic. But there’s a flipside to that as well — when Mars exits a one-night stand on “Chloroform” by singing, “I don’t like it when you miss me/ Why would I long for you?”, he manages not to sound like an asshole. It’s a sustained gift that success, itself, can’t buy, like being able to deliver a line like “It’s a jingle jungle/ Jingle junkie-junkie jumble” with a straight face. Even more commendable, however, is the band’s endurance. Phoenix’s ability to create a rich, immersive record that wins on sheer pleasure-zone precision hasn’t waned in the slightest. They’ve merely earned the privilege of being able to play it a little less straight this time.