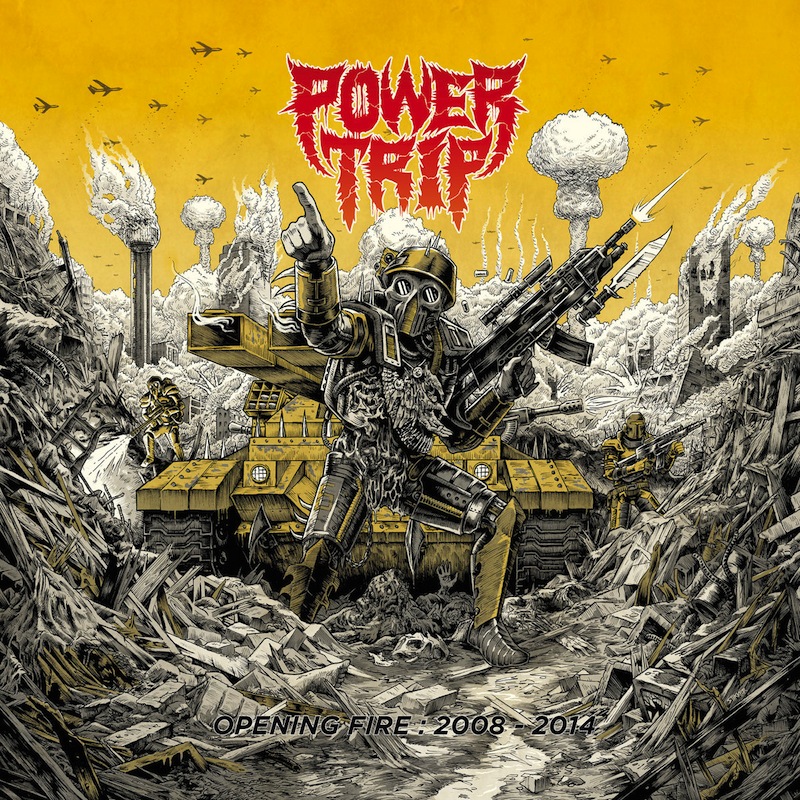 Power Trip have just released a new compilation of early and unreleased material. Opening Fire: 2008-2014 has been released digitally via Dark Operative. The set compilees the band’s Armageddon Blues sessions along with a handful of compilation tracks. The comp was remastered by Arthur Rizk, who also produced the band’s last album. That’s the compilation’s artwork above, designed by Portland-based illustrator Matt Stikker. Physical copies will be released in the coming weeks. Hear the full Power Trip Opening Fire stream below via Bandcamp.