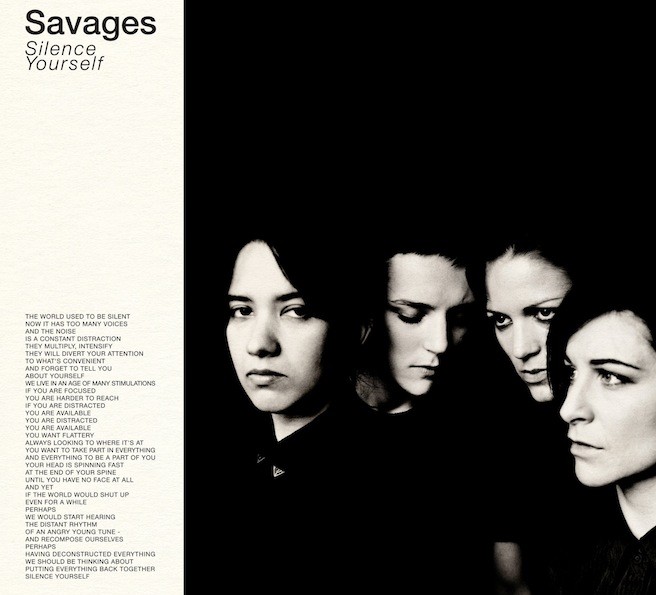 UK post-punk band Savages have been slowly impressing the hell out of people, and did so on a much larger scale last week in Austin. And after building up a year’s worth of well-earned buzz, the group is preparing the release of their debut album. Silence Yourself will be released May 7, via Matador. Above is the album’s cover, which has a fascinating bit of prose printed on it.

The band has also debuted the first single, “She Will,” which you can check out below, along with the album’s tracklist.