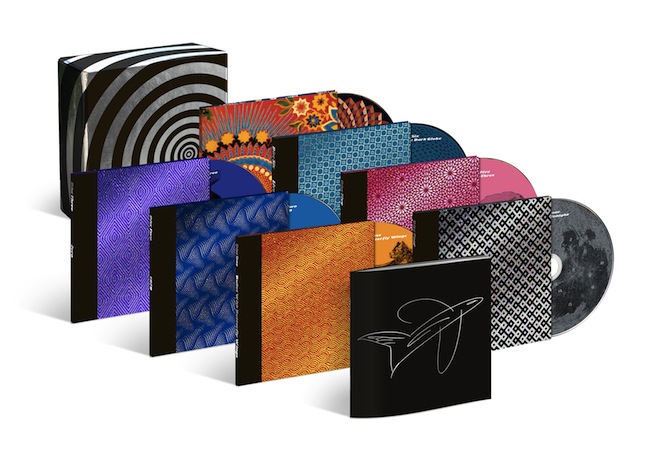 In the 1990s, there were few mainstream bands as artistically ambitious as Smashing Pumpkins, not to mention prolific. Their landmark 1995 album Melon Collie and the Infinite Sadness spanned a lengthy 28 tracks, but the five singles spawned from the album also came packaged with at least five b-sides apiece. And in 1996, those singles b-sides and other outtakes were collected in a collector’s box set titled The Aeroplane Flies High.

On July 23, the band is reissuing that box set via Virgin/UMe, in four different formats. It will be released as a five-CD/one-DVD set, a five-LP box, a deluxe digital edition and a standard digital edition. The reissued version of the box set will feature all 33 of the original songs released, and physical and deluxe digital editions will also contain 90 additional tracks, as well as 14 audio/visual tracks. The DVD features footage from a 1997 live set in Belfort, France. And physical versions contain a 46-page booklet featuring liner notes by writer David Wild, and track-by-track commentary from Billy Corgan. Check out the full, extra-long tracklist here.