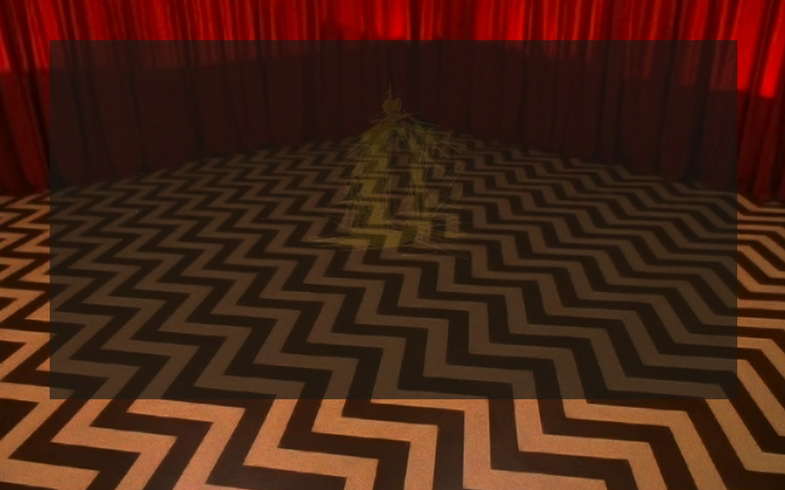 When it first aired, Twin Peaks never made it to Episode 30. There were, technically, 30 episodes, including the feature-length pilot, but the story arc ended officially with “Episode 29.” In its frustratingly open-ended finale, the malevolent presence of Bob compels Agent Dale Cooper to bash his head against a bathroom mirror after a surrealist chase through the Black Lodge, a scene inspired by ’60s-era Italian horror cinema. The finale, an unplanned cap on the series after a second-season cancellation, left more questions than answers, its duration essentially a jarring interruption to what had essentially become a quirky if uninspiring soap opera, blood spatter and supernatural forces invading the small Pacific Northwestern town and leaving question marks along its periphery. The endpoint of these loose threads, at least until this year’s Twin Peaks: The Return, never arrived.

In 1997, six years after the series ended, Texas duo Stars of the Lid imagined what the sound of that conclusion might have been. Situated near the end of the group’s lengthy, dark drone masterpiece The Ballasted Orchestra is a two-part suite titled “Music For Twin Peaks Episode #30,” spanning a full 21 minutes of gradually more sinister sounding textures and echoes. It’s haunting and disquieting, a reflection of the danger that lurks beyond the known realm. It also offers little to no suggestion as to what might actually happen in Episode #30, and sounds little if anything like Angelo Badalamenti’s score for the series, instead reflecting the eerie atmosphere of Alan Splet’s sound design for the series and other Lynch projects, including 1977’s Eraserhead. Stars of the Lid didn’t necessarily score an episode that never aired, they captured its ominous essence.

The parallels between Stars of the Lid’s music and David Lynch’s sound worlds aren’t drawn with bold lines, but they’re undeniable. Brian McBride and Adam Wiltzie have gradually moved toward more symphonic statements of ambient beauty, yet in the ’90s their drones were nightmarish hallucinations, emanations from a dark wood that signaled some unnameable terror. The Ballasted Orchestra rarely retreats from these elements of danger, but there’s a playfulness about it as well. “Music For Twin Peaks Episode #30” is just a clever title, a suggestion of something that never was. But it’s also a window into the band’s own influences and background, as well as one that helped to carve out their own legacy. It helps to unlock the group’s own sonic mysteries.

“I’m lured by Lynch’s reliance on elusiveness, intuition and being open to making use of what’s around you,” said McBride in an article on FACT.

“I have often said that I never could explain the longevity of SOTL, as making art is a perishable skill, but after recording ‘Music for Twin Peaks Episode #30’ all the way back in 1995, it still is one of the tracks people often ask about, and we even play as a coda for our live shows,” adds Wiltzie.

The Ballasted Orchestra turns 20 this year, coincidentally hitting that anniversary as Twin Peaks made its long-awaited return on Showtime. And though David Lynch didn’t employ the Texas duo as he did with so many artists on the acclaimed series—Nine Inch Nails, Sharon Van Etten, Eddie Vedder and Alex Zhang Hungtai’s Trouble (featuring Lynch’s son) as well as previous Lynch-associated figures Julee Cruise and Rebekah Del Rio—the connection between Twin Peaks and Stars of the Lid has seemingly only grown stronger over time. For as much has been made of the use of contemporary artists performing at the Bang Bang Bar on the series, which range from thematically important to atmospherically haunting to in some cases just kind of cool, it’s not so much the guest musicians that create The Return’s mood as it is the sound design itself, credited this time around to Lynch himself (Splet died in 1994).

The transition, particularly after 25-plus years, seems jarring. Much of Badalamenti’s noir-jazz has been shelved in favor of harsher sounds indicating dread or decay. The new incarnation of the series is at once more still and more climactic than its ’90s airing, as well as being considerably more bleak. It’s a world populated by people who are mostly lost, somehow surviving in a world that’s growing more cold and distant, and the faint echo of “Audrey’s Dance” is just a transition between low, harrowing drones and jarring repetitions of a woman screaming at her vomiting passenger or The Woodsman reciting a cryptic verse after a gruesome radio station murder scene. When there are actual pop songs, they’re a brief return to “normal” amid a recurrent disorientation. When “The” Nine Inch Nails perform in the breathtakingly strange Episode 8, for instance, it’s the rare moment that serves to remind the viewer that this is even the same world. There is another clue, however. As The Giant suggests in The Return‘s first episode—in the first line of the series—”Listen to the sounds.”

It’s a curious coincidence that The Ballasted Orchestra, Stars of the Lid’s most chilling and abrasive album, feels as if it were written as a score to Twin Peaks: The Return, seeing as how it was released 20 years ago. But it’s important to note that McBride and Wiltzie were influenced by Lynch, and not necessarily the other way around. Lynch once said that film was “50 percent visual and 50 percent sound,” which might not quite be the right ratio for The Return. Sound is perhaps its most visceral element—it’s essentially a character unto itself. And it takes on many forms, but its subtlest—the gently creeping drones—are the ones that lend the series much of its creepy and mysterious mood. In one practically meta moment, Benjamin Horne and Beverly Paige listen intently for the source of a humming inside the Great Northern, one that’s never quite located. It sounds, appropriately, like Stars of the Lid.

It’s not just “Twin Peaks Episode #30” that feels connected to The Return, but the whole of the album. It’s easy to imagine “Central Texas” set against the Phillip Jeffries machine, or “Taphead” behind the sheriff’s expedition into the Black Lodge, or “Fucked Up (3:57 A.M.)” as the Woodsmen swarm a wounded Dark Cooper. The Ballasted Orchestra is a compilation of disorientation, uncertainty and dread, a dark hallucination with no easy answers or directions—much like The Return itself. Yet it takes its inspiration from a past life of Twin Peaks, one in which the overbearing darkness was never far from the surface but was disguised well by network TV accessibility.

“It was a great moment in television history for America,” Wiltzie said in an interview with Fractured Air. “I don’t know if we were the biggest David Lynch fans but we absolutely loved that TV show so that’s why we dedicated that song to him.”

Twin Peaks Episode #30 is, to borrow a phrase from The Arm, “non-ex-is-tent!” The fictional score nonetheless provides an intriguing parallel for what Twin Peaks became. Its connections are suggestive rather than explicit, but the feeling is palpable. Listen to the sounds.