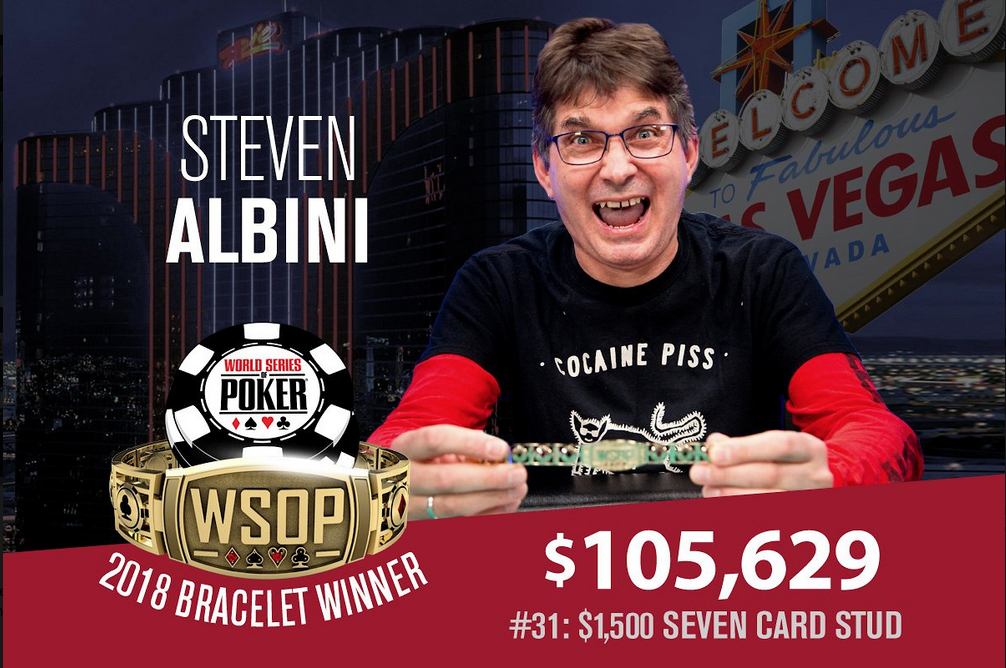 Steve Albini has won a big prize at a poker tournament. The famed recording engineer, frontman for Shellac and former frontman of Big Black has won the World Series of Poker gold bracelet after competing with 310 other players in the Seven Card Stud event. He takes home $105,629 from the win. Take a look at a tweet from the official World Series of Poker account for confirmation.

“I am ecstatic that a player as mediocre as me can outlast all of these better players and end up with a bracelet,” he said in a statement to WSOP. “There’s still hope for everybody!”

Read our feature on 10 Essential Albums Produced by Steve Albini. (Even though he prefers “engineer” to producer…)