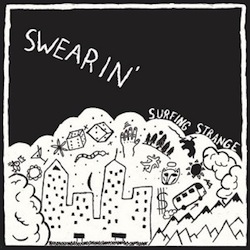 There’s indie rock, and then there’s Indie Rock. Everything under the sun that doesn’t get released under the umbrella of one of the few remaining multi-national media conglomerates is, technically indie music. But Indie Rock denotes a very specific range of sounds — unpolished, often lo-fi guitar music that runs the gamut from Cat Power quiet to Dinosaur Jr. loud, very frequently exercising both extremes in one song. This is news to no one who has ever heard a Pixies, Pavement or Superchunk record, which means pretty much everyone reading this right now. But it’s a fact that’s worth bringing up now that the prevailing trend in indie rock — after numerous identity crises and personality shifts — is ‘90s-era Indie Rock classicism.

Ten years ago, this wouldn’t have been a story. By the end of the ‘90s, Pavement sound-alikes stopped being interesting — and most Pixies sound-alikes were dreadful. With a little time and distance, though, the sound of messy, noisy power chords grows appealing, comforting, even exciting, and few young bands right now pull off that triple-threat as well as New York’s Swearin’. Embodying an old-school DIY approach, Swearin’ self-released their self-recorded first cassette, What a Dump, and make their own merchandise. But more attractive than their ethos is their ability to spin immediate, melodious works of fuzz-pop, the likes of which sound as strong as ever on second album Surfing Strange.

As it goes with a lot of the best indie records, Surfing Strange embodies a particular kind of mid-twenties angst, made all the more palpable via rich, clear details. In the jet-powered crunch of first track “Dust In the Gold Sack,” Allison Crutchfield — sister of Waxahatchee’s Katie — plunks the listener right down in the middle of a late night drive: “Stale light, night on the turnpike/ Like the crunch of the black ice/ And the buzz of the semis.” What follows is a kind of weird mix of melancholy and nostalgia, of “booze overnighted” and a “grudge unrequited,” bringing the emotions buried under that black ice up to the surface. The feelings are heavy and real, but in the context of their fuzzy melodies, are told through smiles and melodies that are a lot more fun to sing along to than wine-drunk ballads. Crutchfield in particular has a knack for making a bad situation still sound hopeful, as she does on the upbeat album highlight “Young.” It’s a lyric that can apply to either a relationship or a generational divide, taking on an encouraging tone one moment (“How could anyone make you feel guilty for being young”) and lamentable in another (“What we share is secret and self-aware/ I’d switch with you any day”), but never gives up its unsupressable verve.

In contrast to that of Crutchfield, guitarist Kyle Gilbride’s voice has more of a detached stoner quality a la Malkmus or Mascis, the latter broadcasting especially strong on “Watered Down.” It’s only appropriate that the standout tune is a confession about the unwanted after effects of intoxicants: “I was getting lit/ Maladjusted mess my vices left/ They empty me out.” But when Gilbride and Crutchfield combine their vocal talents, harmonizing on a track like “Parts of Speech,” they grow stronger, his emotional distance creating a solid underline for her exuberance. Their two different singing styles convey markedly different feelings, but put together merely amplify the gravitas.

There’s a lot about Surfing Strange that feels familiar — the Pixies-style loud-quiet-loud dynamics, the unpolished Pavement-esque charm, the lackadaisical lo-fi fuzz of The Breeders. Still, while Swearin’ are a product of ‘90s indie rock, they’re not a carbon copy of it. Melodies this strong and verses this memorable don’t come simply as a result of hero worship. Their character and personalities come through loud and clear. It may have some well-placed footnotes, but Surfing Strange succeeds because it’s genuine.

Stream the new Swearin’ album, Fall Into the Sun

Swearin’ have grown into a more confident, powerful band on “Grow Into A Ghost”