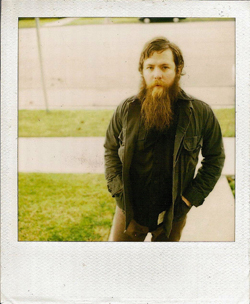 Castanets “You Are The Blood”
From Cathedral (Asthmatic Kitty; 2004)

Castanets’ “You Are The Blood” earned an unexpectedly high level of attention in 2009, thanks to two versions of the song that appear on the Dark Was the Night compilation. While Sufjan Stevens’ cover gives it a uniquely chaotic feel, and Buck 65’s remix reconfigured its elements, Ray Raposa’s original is the definitive version, a haunting and eerily pretty highlight from debut album Cathedral. Its introduction is absolutely terrifying, a chorus of screeching and howling, though their source is unknown. Some could be electronic, some could be human, some could be supernatural for all we know, and damned if it doesn’t leave you to wonder if Raposa’s reel-to-reel is picking up moans from beyond the grave.

Once the cacophony subsides, however, what ensues is a gorgeous, though still quite eerie ballad. Part Leone and part Lynch, “You Are the Blood” is everything that a great Americana song should be. Its lonesome, reverb-laden guitars set the tone, evoking desolation as its rich chords echo in each measure. Raposa’s lyrics speak of a great devotion, to an object of affection, perhaps, or even a spiritual being, and the ambiguity therein makes it all the more intriguing: “you are the blood flowing through my fingers/ all through the soil and up in those trees.” Yet it’s the saxophone that bleats between verses that puts “You Are the Blood” over the top. It’s romantic yet melancholy, it’s beautiful, yet it’s surrounded by such discordant elements. And in the end, the song falls apart in a clatter of percussion and noise, but in the distance wails that lone baritone sax, its alluring and unsettling siren song drifting ever farther and farther away. – Jeff Terich

Castanets : Texas Rose, The Thaw and the Beasts