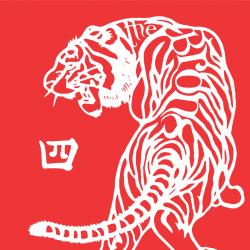 It’s not terribly uncommon for a punk band to evolve into a sound considerably different from where they began. Even back in the late ’70s when punk was still a novel ideas, its biggest bands never spent too much time in one place. The Clash incorporated reggae rhythms and pop choruses fairly early on in their career, while Wire emerged reborn with essentially every new album. Bad Brains traded their blistering hardcore for funk metal in the mid-‘80s, and around the same period, The Damned embraced their glossiest goth-rock tendencies. And yet there’s no band in punk to have made such a drastic change of course as Los Angeles’ The Bronx did in 2009, when they rebranded themselves as Mariachi El Bronx, which, exactly as the name implies, found the same musicians playing original mariachi songs instead of loud hardcore punk tunes.

To The Bronx’s credit, after three albums of adrenalized power-chord punch, going mariachi provided a palate cleanser that not only came entirely out of left field, but actually worked well to the band’s songwriting strengths. As much as The Bronx had been about energy and volume in the past, their tuneful sensibility remains their greatest strength, which is ultimately what allowed them to transfer those skills to an entirely different genre, and a brand new set of instruments. Yet, with such an unusual move comes a certain amount of risk (which ultimately paid off well for the band), and the flipside of knowing when to change your M.O. is also knowing when to go back to basics. And after five years under the guise of a mariachi band, The Bronx is finally back to doing what they do best — playing meaty punk songs loaded with hooks, searing guitar riffs and choruses engineered for shout-along crowd participation.

Aesthetically speaking, The Bronx (IV), the band’s fourth album, comprises the basic elements that have long made the Bronx’s sound such an appealingly cathartic phenomenon. It’s loud. It’s fast. And it’s radio friendly in a way that some of punk rock’s gnarliest bands have never managed to be. And while that’s always been true of The Bronx, going back to early tracks “False Alarm” and “Heart Attack American,” the band has never sounded quite this anthemic. Having played opening act to the Foo Fighters in the past year, The Bronx has seemingly picked up a few tricks from their recent tourmates, with massive arena-ready melodies packed into the roaring choruses of “Ribcage,” “Valley Heat” and dynamic standout “Torches,” which comes across like Weezer’s “My Name Is Jonas” after an amphetamine binge.

While many of the tracks on The Bronx (IV) are essentially cut from the same cloth, there’s a broader sense of diversity and, for that matter, commercial accessibility than the band has ever displayed. To some degree, this is less a punk rock record than just a really loud rock record, though it’s a shift the band pulls off seamlessly. Leadoff track “The Unholy Land” essentially picks up where the group’s third self-titled album left off, and yet while “Style Over Everything” only slows and steadies the rhythm by a slight margin, the highs it aims for seem that much loftier. This shouldn’t be a surprise to anyone who’s been keeping tabs on the band for the last decade, however — none other than Gilby Clarke of Guns ‘n’ Roses co-produced their first album. This is just The Bronx’s most heroic (and highly successful) attempt to don that kind of mainstream hard rock mantle.

Tool, Baroness, Quicksand to play Rock on the Range 2018