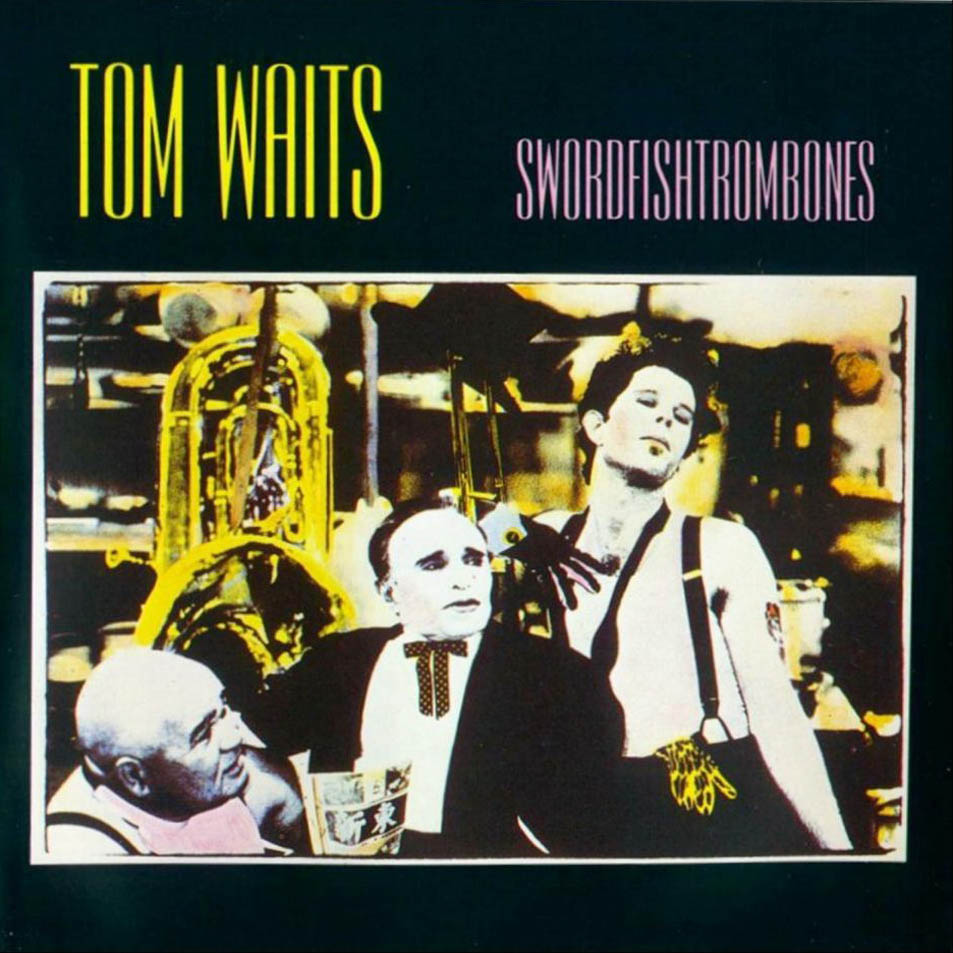 In 1983, Tom Waits created an entirely new identity for himself. After leaving longtime label Elektra and transitioning to Island, Waits began a legendary tenure that saw some of his career-defining and best-known records. The first of these, Swordfishtrombones, took a drastic step into an altogether new direction away from the more traditional blues and pop ballads from his ’70s album run. Throughout that decade, Waits was known for his barroom balladry, the best songs of his earliest albums standing up to the greatest moments of the decade’s singer-songwriter boom, many of them rooted in more left-field influences like the Beats and Beefheart. Yet final Elektra record, Heartattack and Vine, revealed an instinct for weirder, dirtier sounds and a pull toward less commercial material, but even that wasn’t enough of a warning of what was to come on Swordfishtrombones.

Swordfishtrombones is the work of what feels like an entirely different artist. Waits stepped out of the music hall and into a surrealist netherworld. Or at least that’s what it sounded like. This was the sound of a man leaving the safety of expectations behind for a new, strange journey. From the opening marimba and horn of “Underground,” it becomes clear that the Tom Waits that sang “Ol’ 55” has been retired and replaced with a deranged carnival barker. From the sound of his hellacious grumble to the oddball instrumentation, Waits—in just under two minutes—reemerged fully formed as an artist far weirder and more interesting than his music up to that point could have ever suggested.

“Shore Leave” saw Waits narrating a sailor’s encounters in spoken word format, while the jazz-inflected “Soldier’s Things” takes a similar idea and simplifies it, Waits running down a curiously affecting checklist of items belonging to a title character that’s never named, only understood through his inventory (“Cuff links and hubcaps/Trophies and paperbacks“). His cast of characters still seemingly comprised a similar rogue’s gallery of outcasts, but they felt more surreal, like abstract charcoal drawings of sailors and drunks rather than vivid photos.

Several songs on Swordfishtrombones take the form of monstrous permutations on the blues. “16 Shells from a Thirty-Ought Six” is the loudest song on the album, Waits shouting “I’m gonna whittle you into kindlin’” like a madman. “Gin Soaked Boy” and “Down, Down, Down” are shorter, but similar in style, pairing bluesy guitar riffs with fiery Hammond organ. Waits created the blueprint for this formula on “Heartattack and Vine,” but it’s stretched it out into bolder, booming new interpretations here.

Among the many brilliant tracks on the album, “Swordfishtrombone” is a personal favorite, an “obituary mambo” played on marimba and upright bass that foreshadowed the Afro-Cuban-influenced work more prevalent on later albums, their sound heavily shaped by longtime collaborator Marc Ribot. This song tells a tale of yet another soldier, albeit one who sets out for California, leaving neighbors in his hometown to gossip about his uncertain fate. But even without that song, the deranged tale of “Frank’s Wild Years” is worth the sticker price of the album alone, a jazzy David Lynch nightmare that begins with the line, “Frank hung his wild years on a nail he drove through his wife’s forehead,” with a darkly humorous punchline at the end.

Swordfishtrombones was the first record to see Tom Waits entering his strange world of oddball characters and twisted melodies, but it also makes for a good starting point for those who haven’t taken the step into the singer/songwriter’s strange, spectacular second act—a brilliant, peculiar, colorful collection that opened the door into Waits’ bizarre imagination.