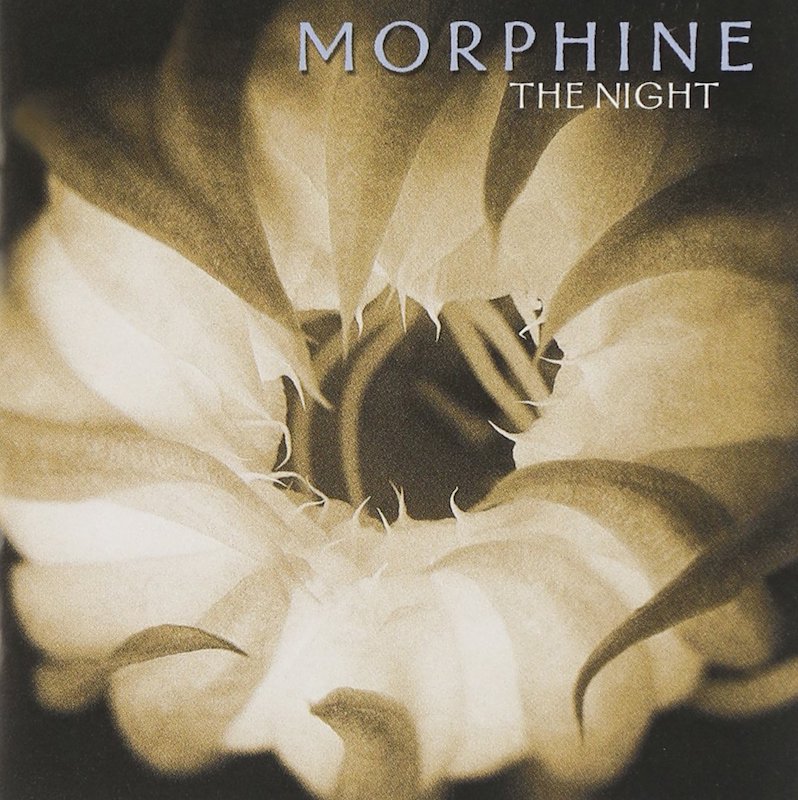 Until recently, you couldn’t find Morphine’s fifth album, The Night, on Spotify. It wasn’t on Apple Music, either or even available to buy in the iTunes store. It’s never been pressed on vinyl, for that matter, which feels like a missed opportunity for being able to hear this set of aching late-night lullabies in the proper element. If you want to hear The Night, you can buy a relatively inexpensive CD copy, of what’s likely a significant overstock from its poorly handled rollout. Or you can stream unauthorized low-res uploads on Youtube. Unless you already bought a copy the first time. But in the context of music consumption in 2020, it essentially didn’t exist.

Being stuck in format limbo, a state that’s likely to remain unresolved for the foreseeable future, feels like a sadly appropriate epilogue for an album that barely crept into the marketplace on February 1, 2000. Recorded one year before its release, The Night represented what could have been a significant turning point for the band, its haunted melancholy and romantic tones presenting a band at the cusp of an artistic breakthrough. But they never got the chance; on July 3, 1999, frontman Mark Sandman suffered a massive heart attack onstage in Italy and died.

Morphine, like hundreds of other bands in the ‘90s, lived a familiar narrative. The Boston trio—whose bass, saxophone and drums arrangements they coined “low rock”—built up buzz via animated live shows that saw saxophonist Dana Colley playing two horns simultaneously a la jazz sorcerer Rahsaan Roland Kirk, which likewise translated into three celebrated albums of idiosyncratic, jazz-influenced indie rock. Their sophomore effort Cure for Pain sold an astonishing 300,000 copies, and by the time they made their late night television debut on Late Night With Conan O’Brien in 1995, major labels were preparing to make their move. Dreamworks won the bidding war, but when their 1997 album Like Swimming failed to sell as many copies as Cure for Pain (even though it still crossed six-figure units—a high figure to be sure but one that didn’t match the unrealistic standards of mainstream ’90s rock), a clash of interests began to emerge between band and label—it always does.

Dreamworks signed Morphine in the mid-’90s amid an inspired moment of genre deconstruction in alternative music. Soul Coughing, The Eels (who were already on the label’s roster) and Beck helmed a batch of bohemian Gen-X artists that took as much inspiration from pop, jazz and hip-hop as they did rock, a pivotal moment whose influence still ripples through radio playlists now. Morphine, naturally, fit in alongside these anti-rock iconoclasts—they had a saxophonist instead of a guitarist. And the first single they released through Dreamworks, 1997’s “Early to Bed,” prominently featured bursts of ’80s funk synths beneath Dana Colley’s saxophone and Mark Sandman’s low-key cool baritone vocal. Even more than Morphine itself, Dreamworks was interested in making a success of Sandman, even if the first try—like that of essentially every band scooped up in a post-Nirvana orgy of major label trend chasing—didn’t quite take.

The album that resulted following the relative commercial disappointment of Like Swimming didn’t make Morphine a household name. It couldn’t; Sandman, Colley and drummer Billy Conway hadn’t yet released The Night when Sandman passed away. But what he left behind was nothing short of a masterpiece—the most cohesive and sophisticated songs the trio had ever written and recorded, somewhere between Leonard Cohen’s I’m Your Man without the ’80s synth gloss and Nick Cave’s Let Love In without the feral bark. It’s a ghost of an album—hazy, three-whiskeys-deep set of pensive dirges and seedy hedonistic encounters. It’s everything that Morphine was and had always been, but strengthened, solidified and given added depth. It’s a sad, frustrating, yet breathtaking case of what could have been.

It’s also remarkably eerie. From the opening of the title track, a mournful mood sets in—Colley’s saxophone is more melodic and restrained, less of a stand-in for a guitar’s power chord riffs than a minor-key guide through a more vulnerable emotional space. There’s a resignation and loneliness to Sandman’s voice that felt even more palpable than on tracks like “Cure For Pain”—when he sings, “I hope you’re waiting for me, ’cause I can’t make it on my own,” he touches a darkness that’s rare for even a band who so openly beckoned a more playfully sinister mood between billowing curtains of cigarette smoke.

Though Morphine’s The Night is every bit the work of the same trio that released the quartet of albums that made them college radio staples in the ’90s, it sounds like a band twice their size. There’s piano on “The Night” and “So Many Ways,” heavy layers of fuzz on “A Good Woman Is Hard to Find” and “Souvenir.” A greasy Hammond organ adds a layer of funk to “Top Floor, Bottom Buzzer” and a trio of strings transform “Rope on Fire” and “Take Me With You” into widescreen productions. By every measure, The Night is Morphine’s best album, and the richness of the songs is recognizable on first listen.

Dreamworks, however, wasn’t invested in it. Without Mark—without the frontman to promote it—the label wasn’t interested in backing a record from a band that was, for all intents and purposes, over.

“They brought Billy and me in and patted us on the back and said, ‘We know you guys are hurting, but we’re not gonna support this record,'” Colley told the Huffington Post. “You guys want to do this, you go right ahead, good luck. But, you know, this isn’t what we signed on for. This isn’t who we wanted. We want Mark. We don’t want a bunch of ragamuffins from Boston.'”

The band toured the album as Orchestra Morphine, bringing along additional members to fill out the performances, and Colley continued to perform in Vapors of Morphine with original Morphine drummer Jerome Deupree. But The Night ended up being lost to label mismanagement and corporate restructuring; Dreamworks was eventually absorbed by Universal Music in 2006, after which the album simply lapsed, stuck in licensing limbo and, for the time being, denied the opportunity to live a second life. In 2009, Rhino reissued the band’s three Rykodisc-released albums, all of which are still in print. But this, as well as Like Swimming, is an unfortunate casualty of the major-label alt-rock era.

Still, The Night‘s impact, however muted, remains. Even if just anecdotally, it’s the album of Morphine’s held in the highest regard by every fan I’ve encountered. Had Sandman lived to see its release, perhaps this would be a very different story. The Night might not have been what Dreamworks wanted, but it’s easy to hear the crossover potential of a song like “A Good Woman Is Hard to Find.” Or maybe this was all inevitable. Still, when hearing an album with this much depth and character, it’s hard not to reach the conclusion that, even if not immediately, it very much could have been a transformative album for the band—perhaps even a game changer. It wasn’t that, but its emotional after effects linger, the kind of album that you lie awake thinking about even as its rich melodies and muted tones threaten to lull you into a narcotic haze.

Note: Since this article was published, The Night has been added to Spotify.