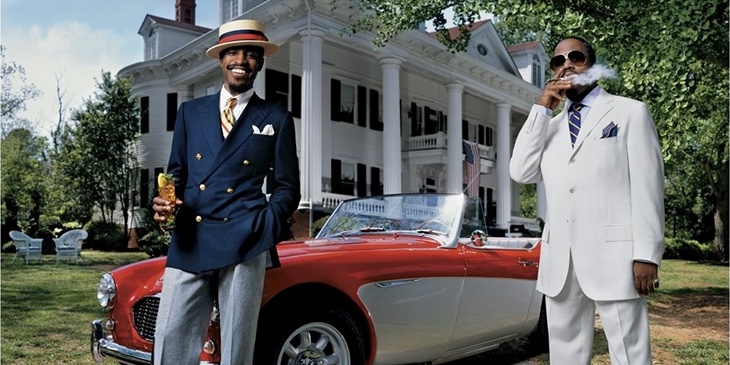 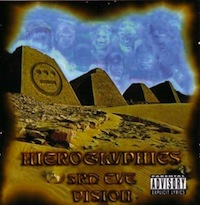 If the 1993 greatest-hip-hop-song-of-the-decade candidate, “’93 ‘Til Infinity” is any indication, the East Oakland hip hop crew Hieroglyphics sound the nicest when your chair is fully reclined. On Third Eye Vision, three tracks in particular hit a similar drool-worthy level of cool: “You Never Knew,” “Oakland Blackouts” and “One Life One Love.” The triptych is evenly spaced throughout the 22-track LP, an effort that gives each of the seven emcees their own 1-2 minute solo spot stand on. The Hiero crew are far from a one-vibe troupe though; quick-timed compositions let each member show off their verbal contortion and while the Souls of Mischief, Del The Funkee Homosapien and Casual all bring their A-game throughout, Pep Love snags the best verse of the album on “No Nuts,” capping it off with: “I’m out with the middle finger up / And a perpetual “S” on my chest, just to let you know We still the best.” It won’t bump ’til infinity, but ’98 through 2013 and counting ain’t bad. – Donny Giovannini 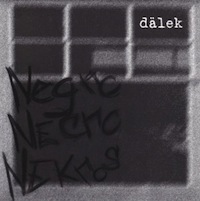 No Doctor Who exterminator here: That name’s pronounced “dialec[t],” son, and it’s how you officially refer to MC Will Brooks of Newark, N.J. He and his DJ friend The Oktopus (Alap Momin) took the industrial rap of Disposable Heroes of Hiphoprisy, switched out the political polemics for reflective Atmosphere-ics and violently misanthropic Gravedigga-isms, and delivered them in a slam style from somewhere in the near future, maybe between Eminem and Saul Williams. Negro Necro Nekros relied on implied dark truths about the world and Dälek’s place in it: “Should wrap this mic cable round your vertebrae / ‘Til your vocal’s strained / Some say I’m deranged / I ate the paintchips off my window pane / Just to dull the pain. I must maintain” are typical chilling thoughts from “Three Rocks Blessed.” Further muddying the waters are some wildly left-field samples and arrangements. There’s a grumbling William S. Burroughs haunting “Images of .44 Casings,” rattling Miles Davis noise in “The Untravelled Road,” and ethnic drones and disembodied rhythms throughout suggesting the edge of acceptable avant garde — think Material, think Muslimgauze. One of a scant few EPs (though admittedly a long one) strong enough to crack these yearly lists, it established Dälek as rap’s ultimate sad panda. It’s also one of the genre’s few answers to that great musical challenge of “you’ll dance to anything,” obliterating any remaining boundaries between this so-called black music and any so-called white musics surrounding it. – Adam Blyweiss 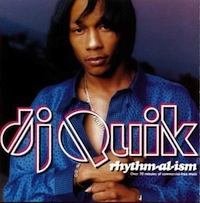 Funky goodness is around every corner in Rhythm-al-ism, and what’s a memorable party without Snoop Dogg dropping by to explain how much he loves getting it in? “Medley For the V ‘The Pussy Medley’” is as raunchy as it is funny, and DJ Quik has nothing but good intentions with his catalogue of 16 party anthems. Quik’s self-produced fourth album furthers his mastery of the g-funk craft with a surplus of smooth sexual romps. The most striking aspect of Rhythm-al-ism is the conventional hip-hop beats are replaced with live instrumentation. Jazzy piano, bluesy guitar riffs, and most importantly big funky bass lines light up songs like “Down, Down, Down” and “We Still Party.” Judging by the album’s cover one might not immediately suspect Quik as a gangbanger, but after a feud with MC Eiht and a working relationship with Death Row Records and Tupac, Quik cleared the smoky air with the album’s catchiest song “You’z a Ganxta” by putting that suspicion to rest. – Dan Pritchett 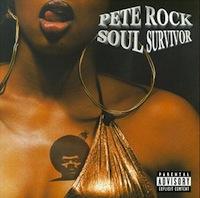 Pete Rock made his name as half of laid-back East Coast rap duo Pete Rock and C.L. Smooth, produced tracks for a long list of all-stars ranging from Nas to Heavy D, and on 1998’s Soul Survivor, more or less threw the biggest hip-hop block party he could possibly organize. Over 74 minutes and 17 tracks, Rock teams up with pretty much every rapper at the top of his or her game circa 1998 — Method Man, Ghostface Killah, Prodigy, Common, Black Thought, Vinia Mojica, Large Professor, O.C. … you get the idea. But it’s more like a mixtape in its variety than in its rawness; on a production level, Soul Survivor is as funky and banging as anything in Rock’s catalog. – Jeff Terich 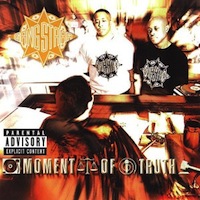 In many ways, Moment of Truth represents the culmination of Gang Starr’s auspicious four-album run during the ’90s. The formula is simple: Guru and Premier with a bold jazz-rap production behind them. But the nuance is really the draw here, as the omnivorous production on “Work” and “The Rep Grows Bigga” shows off. Guru’s rhyming should not be overlooked either, because it constitutes one of the best vocal performances of his career. With a smoother-flowing background from DJ Premier, Guru is able to shine with his best lyrics, declaring: “I’m in the control of my game, you must respect me like the ref / Uh-huh, you disrespect…you get the tech.” This bold break from — and elevation of — Gang Starr’s previous work was ideal for their “comeback” from a four-year hiatus and their closing statement for a decade. – Connor Brown

5. The Coup – Steal This Album
(Dogday)
Buy at iTunes

By 1998, Boots Riley & Co. had already caught the hip-hop world’s attention with their previous albums, but with their third record, the Abbie Hoffman-biting Steal This Album, The Coup brought some new elements to the table. Musically, the group had always been solid — an intoxicating concoction of old school funk influence and turntablism — but with Steal This Album, The Coup took on a decidedly more organic approach. Tracks like “Sneakin’ In” and “Cars & Shoes” employ a full band, whose addition brings the party funk vibe of The Coup’s sound to a whole new level. That’s not to say that The Coup went soft though. Riley’s verses throughout Steal This Album were filled to the brim with vitriol, touching on familiar topics including social inequality, capitalism and imperialism, but it was the epic storytelling of the revenge anthem “Me and Jesus the Pimp in a ’79 Granada Last Night” that really showcased just how far Riley had grown lyrically since The Coup’s debut. – Ryan Brun 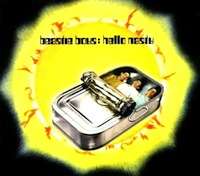 Four years after the release of their last full-length, 1994’s Ill Communication, the Beastie Boys roared back into the forefront of hip-hop with Hello Nasty. Although still containing elements of their previous works, Hello Nasty stood out because of two key elements. First (and most importantly) was the addition of Mix Master Mike behind the decks. A supremely talented DJ, Mix Master Mike brought the art of turntablism to the Beastie Boys sound, giving Hello Nasty an old school feel without sacrificing modern flair. Progression of different musical styles is also prevalent throughout Hello Nasty, with the group indulging in elements not frequently seen throughout hip-hop. From the bass heavy vibe of “Putting Shame in Your Game” to the electro-tinged “And Me” to the breezy indie-jazz of “I Don’t Know,” Hello Nasty is the sound of a group at their creative best, firing on all cylinders. – Ryan Brun 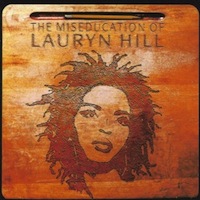 As a trio, New York’s Fugees had a vibrant, soulful and fluid dynamic that most certainly came as the result of a true lightning-in-a-bottle scenario between Pras, Wyclef Jean and Lauryn Hill. On closer inspection, however, the brightest burning talent of the bunch was Hill, who not only bested the group’s The Score with her solo debut, The Miseducation of Lauryn Hill, but created a groundbreaking fusion of neo-soul and hip-hop, the proper ratio of which hasn’t been rediscovered since. It’s a warm sounding record, one that doesn’t so much bump or bounce as usher in a consistent feeling of laid-back harmony. That alone, however, doesn’t do it justice. Miseducation’s vibrant production (much of it by Hill, herself) and lush, full band arrangements set the stage for Hill, herself, to nimbly switch back and forth between her soulful, honeyed vocals and chill, yet jaw-droppingly on-point lyrical flow. Just about every song — and most notably “Doo Wop (That Thing)”, “Superstar” and “Everything Is Everything” — either approaches or achieves perfection, which might have something to do with the fact that The Miseducation of Lauryn Hill still doesn’t have a follow-up. How do you outdo something that’s impossible to improve upon? – Jeff Terich 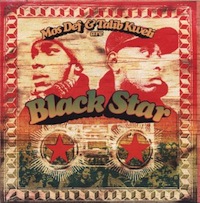 Here’s an album that manages to embrace the retrospective and the speculative at once, pondering what it might have sounded like had Chuck D and KRS-One — two scions of politicized rap — ever joined forces. Mos Def & Talib Kweli are Black Star instead brought together a young Native Tongues collaborator (Def) with friends of Cincinnati rap upstarts Mood (Kweli, DJ Hi-Tek), the results shining a harsh light on the state of hip-hop and its followers. Their biggest hit, “Definition,” bluntly acknowledges 2Pac and The Notorious B.I.G., their fresh murders over essentially just words having changed the landscape even for conscious rappers like Black Star themselves. They also smartly rework Slick Rick’s “Children’s Story” to recount a rap career’s hazards on the street and in the boardroom. Backed by rolling, thundering loops, the duo’s introspective, smolderingly angry rhymes spill out of their mouths for days, black women in their hearts and Marcus Garvey in their heads. I wonder, though, if Mos Def & Talib Kweli Are Black Star succeeded at least in part because Mos Def’s delivery was harder than it’s ever been. Maybe as a solo act he’s naturally cooler, and was just keeping up with Kweli’s pace? Maybe his Hollywood status has softened him up a bit? With only a few scant singles to remind us of their existence since this album came out, I’m sure we’d love to see and hear if Black Star could do more than just capture lightning in a bottle. – Adam Blyweiss 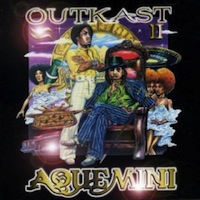 Leave it to an endlessly creative, boundary-blind visionary duo like Outkast to fill the entire expanse of a CD’s capacity and have almost all of it be entirely indispensible. From the beginning, Big Boi and Andre 3000 have aimed for the epic, one of their earliest singles, 1994’s “Git Up, Git Out” running a beefy 7 minutes long. But with Aquemini, one gets the sense that Andre, Big Boi, and production crew Organized Noize could have just as easily pushed this Southern odyssey onto a second disc were they so inclined.

Aquemini, arriving just two years after 1996’s dynamite ATLiens, finds the group not just getting better as they mature, but expanding the framework of what hip-hop could be. Increasingly using full-band arrangements, Boi and Dre stay true to the Dirty South sound they cultivated earlier in the decade and blend it in a rich stew of sounds that incorporate everything from Parliament to Hendrix, Prince, dub and Delta blues. It goes without saying that both Andre and Big Boi are at the top of their rapping abilities here — even though they’ve gone 10 years without a new album (or 7 if you want to split hairs), their skills remain as sharp as they ever have. Here, however, there’s a fluid perfection that’s still eye-popping on repeated listens, the duo busting syncopated, start-stop, rhythmically complex deliveries on standout tracks like “Rosa Parks,” “Return of the G” and “Skew It on the Bar-B.” Most intriguing of all is the laid-back, stoned soul funk of “Spottieottiedopalicious,” essentially a spoken word haze that has one of the best horn hooks since Stax. That’s an achievement all on its own. – Jeff Terich