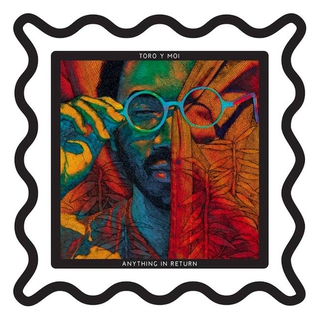 South Carolina’s Chaz Bundick, like a good many other synth-heavy bedroom producers, initially found himself caught up in the unforgiving hypegasm of what came to be known as “chillwave,” or if you prefer, “glo-fi,” or perhaps “hypnagogic pop” for the more pretentious among us. He also quickly transcended such connections and connotations by simply refining and perfecting a sound that began with great promise and came to be all the more soulful and affecting on sophomore album Underneath the Pine.

Bundick’s journey has taken him to all the more beautifully crafted psychedelic space-funk heights on “Say That,” the new single from third album Anything In Return. It’s at once weightless and grounded, ethereal and visceral. Bundick lends his own wispy vocals to a two-chord bliss-out that never rises too high out of its gentle tension, but offers a deep groove of a chorus after a gentle glide of a verse that could go on forever and never grow old. It’s a comfy and serene track through and through, but at just the right moment, Bundick allows it enough free rein to just plain get down.

[found on Anything In Return; Carpark]

The Best Albums of January 2019