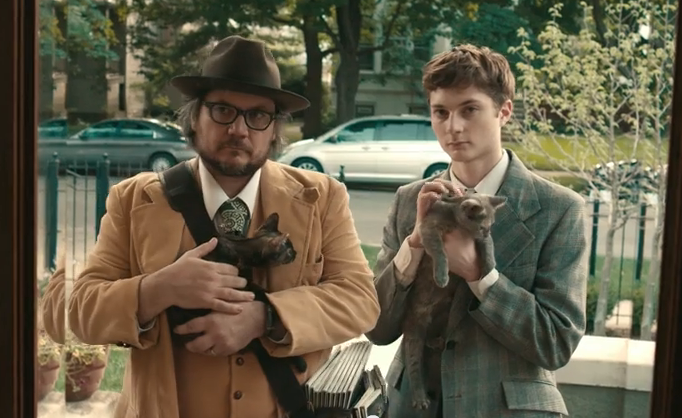 Tweedy (Wilco frontman Jeff Tweedy and his son Spencer) have a new video, directed by Parks and Recreation‘s Nick Offerman. It’s about as zany as you’d think it would be: A 1960s-tinged clip that finds the duo knocking on Chicago-area doors to sell their album D.I.Y. style. kind of. It’s a fun, six minute ride and features Treble favorites Steve Albini and Chance the Rapper, as well as a long list of other notable cameos. (General Zod, is that you?)