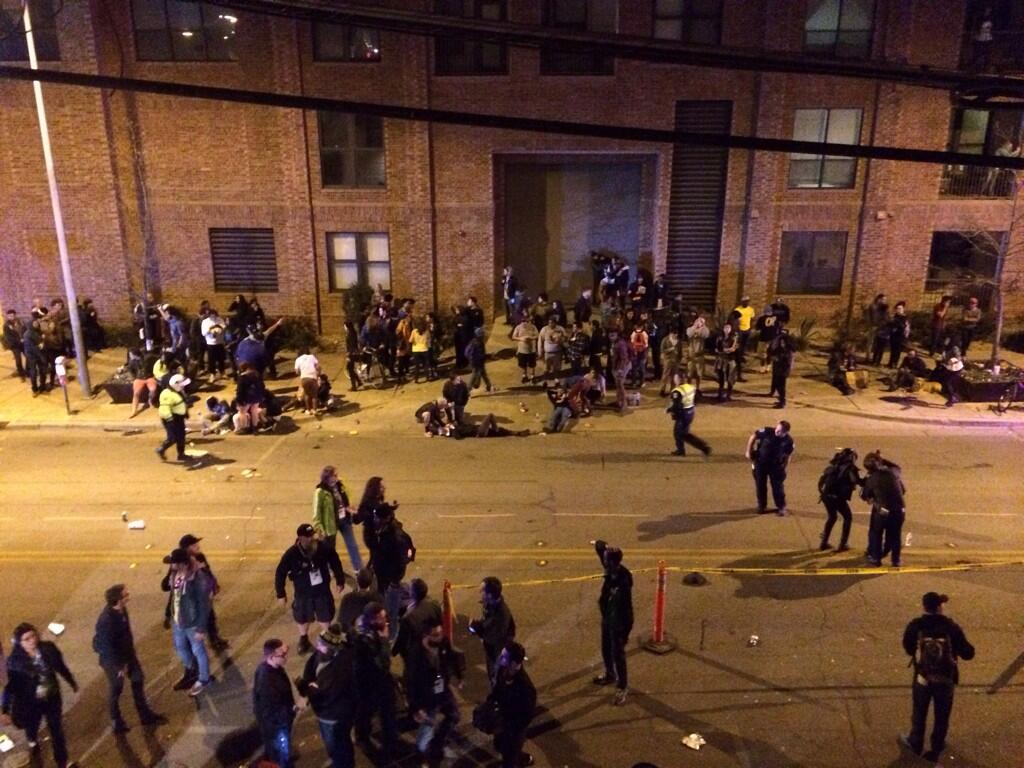 Tragic news from Austin, Texas this morning. During the SXSW festival, a car crashed into a crowd of people, killing two people and injuring 23 more, according to a report from the Austin Police Department.

The accident occurred outside of The Mohawk at 9th and Red River, at around 12:30 a.m. Austin Police also report that the driver in the accident — who has not yet been identified by authorities — is now in custody.

The Associated Press reports that five of the injured are in critical condition, and that the driver faces two counts of capital murder and 23 counts of aggravated assault with a vehicle. The driver is suspected of driving under the influence, and tried to escape the scene on foot when officers shocked him with a stun gun and then took him into custody. The two deceased were a man and a woman on a moped.

This morning, Austin Police Chief Art Acevedo addressed the media (via Dallas News), and urged witnesses with any information to come forward to the police.