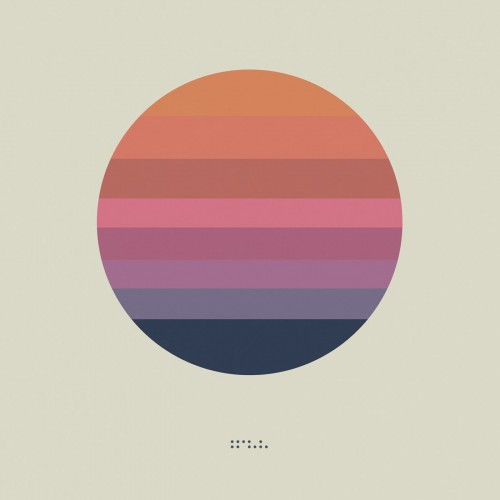 Tycho is the rare artist whose visual work actually matches up with the tunes he produces. ISO50, his collective, makes some striking pieces, often minimal in their approach, but also using muted colors to create pieces that can capture the attention, but remain soft. And musically, Tycho has a history of making stunning pieces as well — his 2011 album Dive featured some hard-hitting tracks blended with haunting, Boards of Canada-like atmosphere, which showcased the artist as not just a songwriter or producer, but almost an aural designer. Three years later, Tycho, aka Scott Hansen, returns with Awake, an album that while attempts to break away from his previous sounds, but falls into an early trap of setting up ideas, only to end up repeating themselves. Granted, there are some tracks on here that contain some gorgeous harmonies, such as album opener “Awake,”which gradually builds up its melody with layered instrumentation or “Montana,” a track that embodies the feelings of open and vast environments trhough soft and elegant guitar chords.

The first half of Awake is mostly littered with arrangements that flow seamlessly throughout. But if anything, these are the highlights, while the rest of the album is mostly bland and uneventful. Awake only demonstrates what Tycho has already shown in years past. He’s gifted in both his visual and audio works, but there’s no limits being pushed, the ambiance that once pervaded his previous works no longer as compelling here. Rather, it seems that Hansen is getting a little too comfortable with his approach, and comfort turns out to be the worst thing that could possibly affect his creativity. Another problem with Awake is that it’s a bit on the short side, and cheats listeners out of an album that could’ve been fleshed out a lot more. Short albums can be a blessing, but they can also be problematic, especially if it feels like the listener is being shortchanged. If an album is to be succinct, it has to make that brief duration count.

Awake operates more like a B-Sides companion to Dive, coming across as a collection of outtakes and ideas that were expanded on, but never taken as far as they could have been. The album provides an exercise for Hansen to showcase his masterful instrumentation skills, but the absence of structure is apparent with Awake, as well as a lack of any kind of unifying theme. Tycho is a compelling artist in his best moments, and his previous works have proven that he’s capable of something greater, but Awake just isn’t that album.