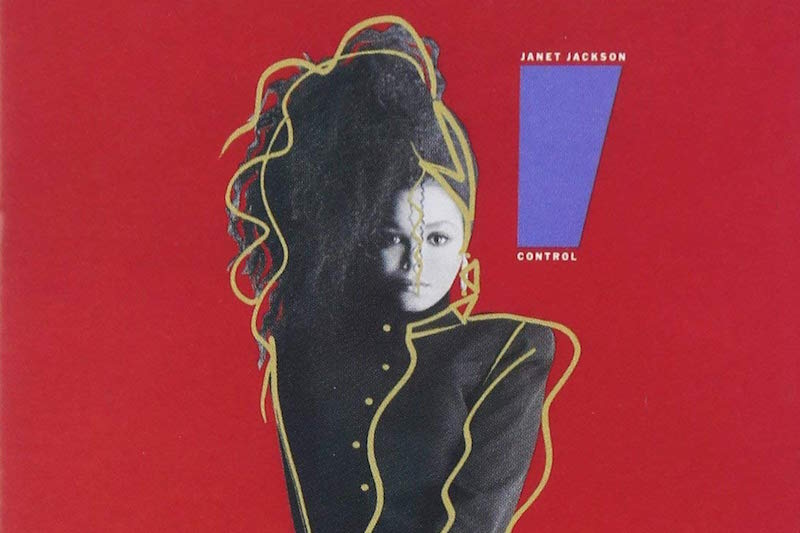 This week’s topic: The best music of 2018 has been decided—at least our take on it, anyway. But we listened to a lot more than just new music this year, even if that caught most of our attention for the past 11 months. So why not take this opportunity to discuss the other music that we’ve been listening to when not gobbling up new music like a pill-popping Pac-Man on Inky, Pinky, Blinky and Clyde: What old music did you discover in 2018?

Adam Blyweiss: In the classroom where I teach, I have a few standby artists whom I play between classes to occupy my time or use for background noise to calm my teenaged throngs. There are go-to albums by Aphex Twin, Boards of Canada, and John Coltrane that I quickly pull up on YouTube and leave alone to stream for a while. The site’s algorithms autoload other songs and albums once those finish, and a couple kept showing up this year that I left alone to bask in anew. The electronic streams have pointed me to Tycho, a producer of soothing chillwave that could almost pass for post-rock and who is probably best represented on his 2014 release Awake. Coltrane’s sax guided me, oddly enough, to the voice and trumpet of Chet Baker, an artist I know through a signature song (“My Funny Valentine”) but not much else. YouTube wants to change that by promoting both Chet Baker Sings (1954) and the No Problem album (1980) recorded with his quartet. Thanks, nominally aware website!

Ben Cohn: The funny thing about Dead Can Dance is that they lead down a path that ends only with them. Yes, of course there are other darkwave bands, but did anyone else mix it with world and Medieval folk music, creating their own brand of high drama new age? And does any other group have a pair of voices that complement each other like Lisa Gerrard and Brendan Perry. The answers to those two questions is almost certainly no. You either vibe heavily with this band or you don’t. It depends how in the mood you are for soaring vocals and Serious music. Me? I’m all in.

Ben Dickerson: So for the most part, the way that I discover less-recent music is by getting really invested in a very specific idea for a long stretch of time to the point where searching for more of that thing is sort of my only activity. This has happened to me with a bunch of genres and concepts in 2018—Japanese ambient, outlaw country, 70s psych-soul—but the last one of those binges this year was turn-of-the-21st-century rap music posse cuts. For context: there was this trend in the mid-to-late 90s where rap stars would just try to get as many of their famous and talented friends on a track as possible, with no theme or meta-purpose besides “Who’s the best at saying fly shit over bust-your-shit-open beats?” It’s the cultural moment that gave us the “Flava in Ya Ear” remix, and also stuff like NORE’s “Banned From TV” and Mic Geronimo’s “Usual Suspects” and Ja Rule’s “Murdergram.” Speaking of Mic Geronimo, the start of Jay-Z’s verse on Mic’s “Time to Build” (which also has Ja and DMX—gullier than a pair of muddy Timbs) opens up, “Fresh on the scene-uh with the fuck-the-next-nigga demeanor.” First of all: sheeeeesh. Second of all: that’s the whole thing! Get on the track, and make goddamn sure that you rap harder than whoever’s coming after you. I love this stuff and I’m nowhere near done diving into it.

William Lewis: Make every comment you like about how far behind the 8-ball I am, but this was the year The Cure finally did it for me. They’ve hovered on the periphery for many a year, but I finally sat down and had a good and proper listen to Disintegration. It all makes sense now and there went my year. Beyond that, I’ve been slowly uncovering the layers of Dean Wareham and his brilliant career. From Luna to Galaxie 500 and the simply lovely Andy Warhol screen test project as Dean and Britta, the man is a musical marvel and deserves far more than his cult status—even if he wouldn’t have it any other way.

Patrick Pilch: Half-Handed Cloud, Janet Jackson, Arthur Russell, Prefab Sprout, Lucinda Williams, Mariah, The Roches, Bill Callahan, Todd Rundgren, Os Mutantes, Loretta Lynn Mass of Fermenting Dregs, 3LW, Ponderosa Twins Plus One, Antena, Marty Robbins, Big Boys and a bunch more I honestly can’t remember. The first Half-Handed Cloud album is very slept on. It is as charming as it is terrifying. It’s like Telecare: the band. This summer I had a super visceral reaction to Joni Mitchell’s “Edith and the Kingpin” while smoking a spliff in the shower of my old apartment. A lot of music has affected me physically and I don’t do well with tobacco, but two minutes and 25 seconds in I began to sweat above of my brow and on the underside of my wrists and behind my knees which buckled in anticipation of those gut-punching flute motifs that stack so hard it puts me at a loss for words (and motor control). It was crazy, I’ve never felt that way before.

Sam Prickett: Despite being an early part of Creation Records, and despite having dozens of records to his name, Momus exists in a strange sort of pocket universe—never achieving mainstream or even indie fame, but developing a small, dedicated following and continuing to experiment at a feverish pace of at least one LP per year. Arguably, the Scottish singer-songwriter was at his best in those mid-’80s Creation years, from 1986’s Circus Maximus, 1987’s The Poison Boyfriend (my personal favorite), and 1988’s Tender Pervert. Those are the records where his sensibilities are fully realized—hyperliterate, sardonic lyrics; a fascination with voyeurism and perversity; and a keen ability to make such dense material not only listenable, but catchy. You could loosely classify those early records as folk—there’s a lot of acoustic guitar—but they draw in musical influences ranging from baroque, R&B, and synthpop, and blend them into something consistently unsettling and engrossing.

Momus is still going strong—he’s released over a dozen records just since 2010—but they’re more hit-or-miss. Ping Pong, released in 1997, is too self-consciously jokey, while 1989’s Don’t Stop the Night is a strange bid for the mainstream weighted down by dated production. But in recent years, he’s been releasing some of his best material. Bibliotek, released in 2012, is an insular piece of electronic music—and he followed it up with a Jandek-esque, detuned collection of low-key tracks called Bambi. Both are excellent, and even if they’re not bound for wider success, it’s still a delight to be pulled into Momus’ strange orbit.

Brian Roesler: Unexpectedly, Nine Inch Nails’ ADD VIOLENCE has had to bear the weight of my obsessions throughout 2018. During its debut in 2017, its significance did not yet manifest for me. And there are myriad reasons as to why my first listen yielded the notes “good, a return to form, interesting textures” and not much else. It’s clear that I wasn’t present during that initial listen. 2018 however was the year of NIN’s equally vicious and beautiful new EP, . Also, I’m just now getting into Outkast, like real Outkast. I know. I’m a little late.

I would also be remiss to not mention The Zombies’ Odessey and Oracle. Clearly the psychedelic, acid-drenched baroque pop connective tissue between The Beach Boys and The Beatles, this staggering LP has dominated the last quarter of the year and I would like to thank my friend Jared for introducing me.

Jeff Terich: At the beginning of the year, I spent a lot of time with the catalog of late singer/songwriter Jason Molina, who has released a long list of albums as Songs: Ohia, Magnolia Electric Co. and other related monikers. But while I was already a fan of and well versed in most of the catalog, having the chance to re-listen to Ghost Tropic newly affirmed it as one of my favorites—it’s one of his most atmospheric and darkly stunning. Likewise, the reissue of The Lioness in the past month was one that I had been waiting for for quite a while.

On the other end of the spectrum, I’ve immersed myself heavily in Janet Jackson‘s music. No doubt, she has more hits than just about any other pop artist I can possibly think of, outside of her own brother (yeah yeah, Spotify charts Drake whatever who cares). Moreover, those songs hold the fuck up! I bought a $5 copy of Control on vinyl earlier this fall, and while I’ve heard songs such as “Pleasure Principle” and “What Have You Done For Me Lately” innumerable times, they still remain fresh—even timeless. And considering so much of the music I’ve been listening to this year has pushed beyond the boundaries of what we typically consider “pop,” I found that remarkably comforting.