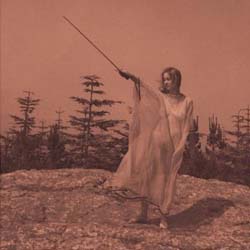 Pop music is decades-rich in generation gap precedent, from The Who’s youth anthems like “The Kids Are Alright” and “My Generation” in the 1960s, on up to present-day artists like Elite Gymnastics, who value the limitless ideal of laptop production to dusty old ideas about analog studio sound. And yet, for as prevalent as the “out with the old, in with the new” mentality can be, just as frequently there’s a feeling of skepticism toward the ideas of younger iconoclasts and of reverence to the tried and true. This doesn’t always make for interesting art — once something is old, it’s not easy to make it new again. But those exceptions do exist — what’s The Village Green Preservation Society, if not a profound expression of nostalgia and warmth toward the personal and ephemeral.

At 32 years old, Unknown Mortal Orchestra’s Ruban Nielson is still a young man, but he’s put a healthy distance between himself and most modern music. In a recent interview, he lamented the idea of following where the future is music is supposed to go: “The world doesn’t need more music. I don’t really care about nowness and newness, so I’m not that proud of being alive in 2012. I feel like it’s OK to just pretend that dubstep doesn’t exist. Even Animal Collective sounds a little bit crass to me. I just don’t like the sound of digital technology.”

Such healthy cynicism may not curry any favor with fervent popists, but it’s hard to imagine Nielson giving a shit. When highlighting his influences, he nods to rock’s usual suspects — Led Zeppelin, The Beatles, Pink Floyd’s Piper at the Gates of Dawn — and such vintage sounds bear out strongly on UMO’s Zeppelin-style titled second album II. While it’s difficult, this day and age, to imagine a record being made without the aid of MacBooks and ProTools, there’s a charmingly fuzzy feel to UMO’s music that nods to vintage garage and acid rock records. It doesn’t aim to be a relic of the ‘60s or ‘70s, it’s merely comfortable wearing the fashion.

It would be a stretch to say that II does, in fact, sound like an album recorded 40 years ago, but the crackling, fuzzy sound that Nielson serves up offers more than a passing reminder of long-lost sounds. It’s just that he packages those sounds with elements of other bits and pieces of genre floatsam: twee-pop vocals, C-86 jangle, hip-hop drum breaks and the occasional psych-folk meander. “Monki,” the longest track on the album at a little over seven minutes, floats aimlessly in cosmic pedal trickery before setting its compass to some dense, albeit mellow psych-rock haze. “So Good At Being In Trouble” is charmingly ramshackle blue-eyed soul. And on “No Need For a Leader,” Nielson lays out the thickest coat of fuzz he can manage, offering something not just merely sonically hefty, but harder rocking as well.

For as much expansion as Nielson has undertaken on this new set of songs, there’s still a sense of insularity that’s been a hallmark of Unknown Mortal Orchestra’s fuzz-blanket pop since early single “Ffunny Ffriends.” Nielson’s lyrics are similarly inward looking as well, reflecting the viewpoint of a dazed and detached lonely soul. In leadoff track Nielson laments that “Isolation can put a gun in your hand” and that “I’m so lonely but I can never quite reach the phone.” And in “Swim and Sleep (Like a Shark)” he expresses a desire to do as the title of the song says, and to hide “until the end of time.” It would be depressing if it wasn’t delivered with such childlike wonder and joy. It’s still sad, but there’s a sense of hope that washes some of the darkness away.

There are a lot of parallels between II and Tame Impala’s most recent album Lonerism, in that both albums seek to exorcise feelings of isolation via warm retro sounds. The primary difference is that while Kevin Parker crowded himself with massive psychedelic constructs, Ruban Neilson’s psych rock symphonies keep to a much smaller scale. Even when they’re cacophonous, his compositions seem charming and comforting, designed not to overwhelm but to feel just right, even when the musician  behind them could use a little cheering up, himself.