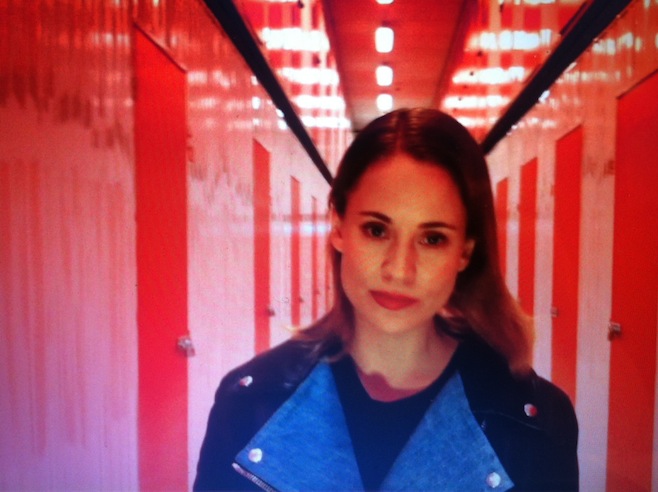 Norwegian pop artist Annie has returned with her first new song since the release of 2009’s Don’t Stop. It’s called “Tube Stops and Lonely Hearts,” and it premiered in the form of a video, which contains some trippy geometric imagery, shots of Annie singing in a long, red hallway, and large groups of people on exercise bikes. The single is out May 1, via Totally Records. Watch the video below.

Annie also collaborated with fellow Norwegian artist Ralph Myerz on a new track called “Take a Look at the World.” The single will be out April 29, and will be on Myerz’s new album, SuperSonic Pulse, which will be released June 3.