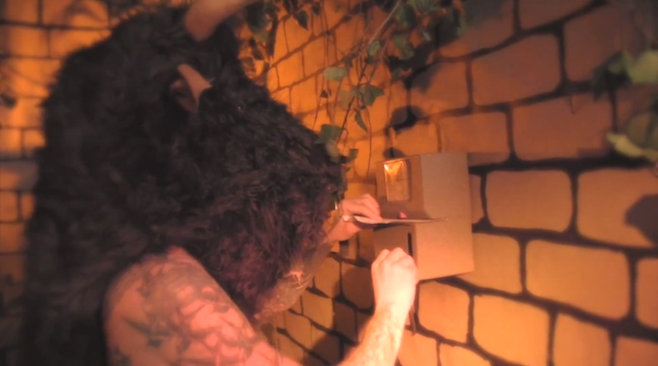 The video for Thee Oh Sees’ “Minotaur,” directed by John Dwyer and John Harlow, takes the title pretty literally and has a Minotaur as the protagonist for the DIY medieval clip. But he’s just your workaday everyMinotaur, punching the clock, sweeping up skulls and having to deal with some jerk-ass knights that want to fight him. It ain’t easy being half-man half-bull. Anyhow, watch the clip below.

Floating Coffin, from which “Minotaur” comes, will be out April 16 via Castle Face.